August 17, 2014 - Here are our 3 favorite biology-related stories from mid-August. We cover Harvard's attempts to define synthetic biology, some start-ups working on laboratory hardware, and some recent news in the field of gene therapy.

Synthetic Biology’s New Menagerie -  Harvard Magazine tries to wrap itself around what exactly "synthetic biology" is. It claims, "Whatever synthetic biologists’ original intent, the field has become a scientific Rorschach test, composed of equal parts scientific novelty and the sum of society’s collective hopes and anxieties. As Hurlbut says, “Synthetic biology is less a field or a set of technologies, than a bunch of people with a vision.”It is perhaps fitting that synthetic biology has taken on a life of its own."

Introducing Kilobaser and Modular Science - Kilobaser claims on its website, "Rapid DNA Prototyping: KiloBaser brings DNA synthesis back to the lab bench. Easy, accessible, affordable: perfect for trying out new things in science. No more waiting for your ordered primers and oligos - it's as straightforward as printing now!" A DNA printer more or less? 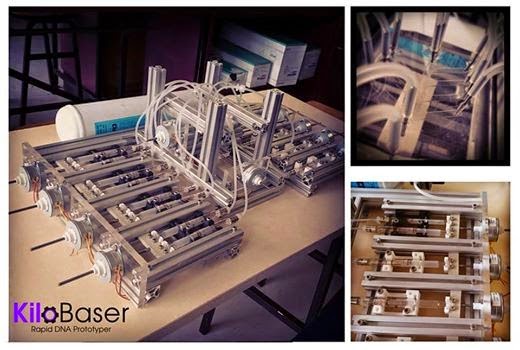 We did a piece on Modular Science's automated lab bot a few weeks back, which you can find here.

The British Heart Foundation launched a gene therapy trial to combat heart failure, specifically for patients currently dependent on mechanical heart pumps. On the foundation's own website, it states, "The therapy involves giving the patient a harmless virus which adds DNA directly to heart cells to correct a genetic problem in failing heart cells, that can stop the heart from beating powerfully enough to pump blood round the body properly."