Personal Manufacturing and the Storefront of Tomorrow 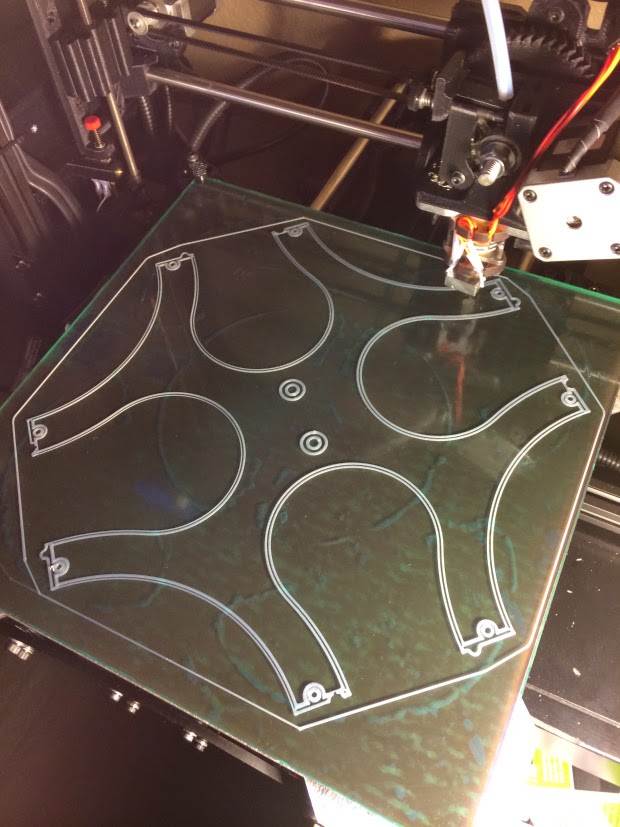 Called mc squares, this modular whiteboard office system was launched on Kickstarter, featuring a whiteboard that could be broken down into smaller pieces, distributed to a room full of coworkers to collect their ideas, then reassembled on the wall to further the collaborative process. While the idea seems simple, prototyping, testing and determining the final configuration for potential investors and customers alike is a challenging task.

Producing something that looks and feels professional was always the exclusive realm of capital-intensive start-ups. You would have to almost be rich to begin with in order to start a new business or produce a new product. But the makers of mc squares leveraged 3D printing to give them an edge and make what may have been a fleeting idea into a tangible business model.

In a Make article titled "mc squares : Why We Dumped A Commercial Resin Printer For A Hobbyist FDM Printer On Our Prototypes," Anthony Franco guides readers through the journey he and his team embarked on in creating mc squares. They initially believed like many others do, that prototyping and manufacturing had to be done with high-end, professional and incredibly expensive tools. In the end, they found themselves using a hobbyist 3D printer, pushing through the prototyping phase and ending up with a successful end product.

3D printing will not at the moment allow mc squares to go into mass production, but then again, 3D printers are more or less one-off or small run production platforms. They are perfect for personal manufacturing because they can produce exactly what you personally need on demand. The designs fabricated on 3D printers, however, can be used to create resin or even metal molds and then they can be mass produced, leaving the 3D printer free to create its next prototype, spare part or personal item.

Online tech review and maker news site Tested provided a video on making resin casts from 3D printed items, showing how easy the process is and giving viewers an idea of how 3D printers can be used to create one off items that can then be easily mass reproduced by other means.

Microfactories and the Power of Small Scale Production

As access to 3D printing increases alongside the printers' ability to fabricate an increasing number of objects with an increasing number of materials and characteristics, so too will the number of industries that are disrupted by this paradigm-shifting technology. We can imagine a future where people are as literate in design and personal manufacturing as they are now in IT and personal computing. In such a future, it would be inconceivable to drive for 20-30 minutes, wasting fuel and walking about a retail store looking for the closest approximation of something you need when you could just as easily print out exactly what you want on your desktop.

What little we do need to purchase in such a future will most likely come from microfactories leveraging personal manufacturing technology to create quick, flexible designs on a small, localized scale to suite a very specific market. Larger corporations have struggled with varying degrees of success to do likewise, to produce a increasingly larger number of options for increasingly particular customers, on a global scale. The problem simply is that small local teams of entrepreneurs have and will continue to outmaneuver larger businesses toward this end.

Microfactories and small-scale production are already working their way into some surprising industries. One such industry is auto manufacturing. Local Motors publishes open source designs for their vehicles to either be made by customers from scratch, built from kits provided by Local Motors, or manufactured in one of several microfactories they have built around the continental United States. More recently they have begun experimenting with 3D printing components for automobiles. Such advances may mean even something as big as a car may one day transcend the boundaries of even microfactories and enter the realm of personal manufacturing. 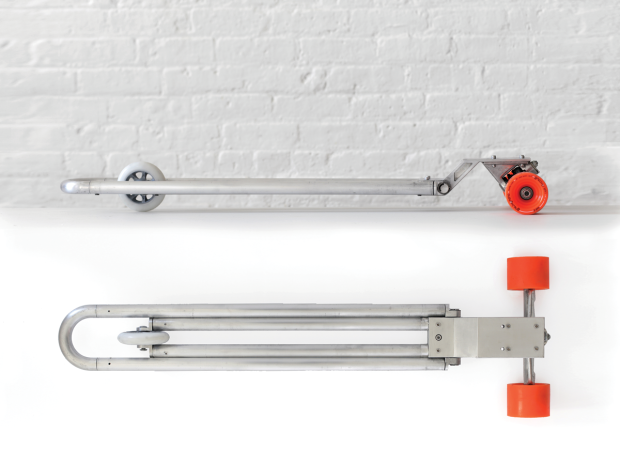 Something like a kickscooter requires precision machining, custom fabricated parts, and a means of fabrication that can handle this and do so for a desired number scooters intended for sale. In the past, it would be difficult to find a factory willing to make only 50 products for any reasonable price. But with computer numeric controlled (CNC) machining (the big-brother of 3D printing) such a feat is now possible allowing CW&T to test the waters without making a deep, risky and perhaps unsustainable investment for an unreasonable amount of products.

Another novel aspect of CW&T's kickscooter project as well as mc squares' was the means by which they were financed. Instead of approaching a single investor or handful of investors, or riskier still, taking out a loan, both projects were crowdfunded in yet another step away from traditional business and manufacturing and toward a future of localized microfactories and personal manufacturing.

The Storefront of Tomorrow

For small design companies like CW&T, personal manufacturing allows them to focus on a variety of diverse projects that can quickly change with demand, rather than struggle marketing a single product or product line for years in spite of demand. Because of increased accessibility to manufacturing technology, a growing number of design houses are rising worldwide and meeting niche markets the way monolithic, traditional businesses cannot. Eventually a tipping point will be reached where "boutique" products driven by personal manufacturing technology will replace big brand names just as big brand names themselves displaced local artisans during the Industrial Revolution. 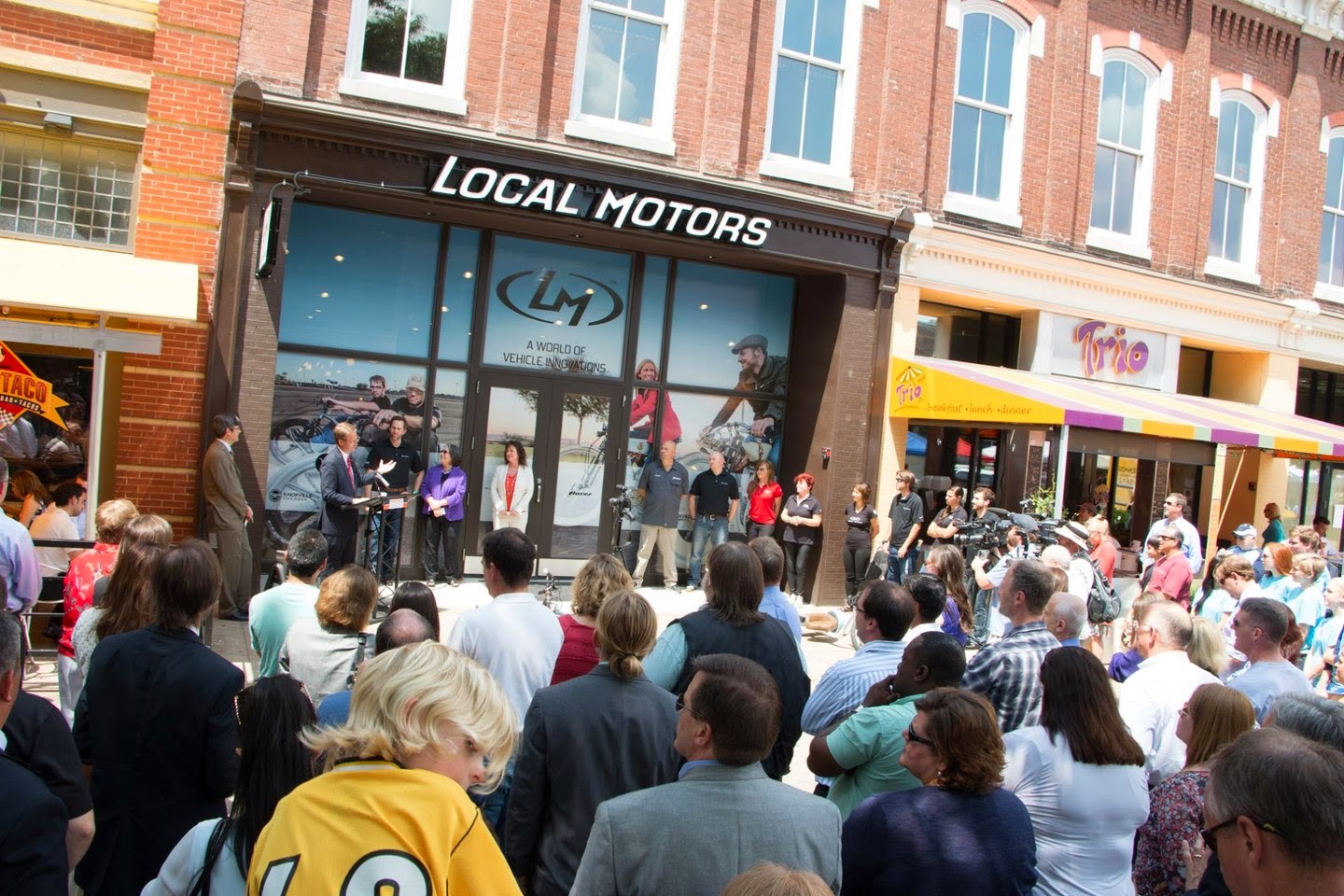 The storefront of tomorrow will be either outside our own door operated by our neighbors, friends, family or other members of our immediate community, or on our own desktops. Just as we have gone from a society of media content consumers to a society of media content producers, the same is already happening within many industries. The age of passive consumerism is waning, the age of personal manufacturing and a society of producers, makers and personal manufacturers is surging.

For those wondering how they can benefit from this surge, people with ideas often turn up at their local makerspaces where they can either rent or use for free 3D printers, CNC machining equipment and other means of fabrication. From there they and their friends begin cultivating individual products for sale or even create small independent design houses like CW&T. Because of the vast diversity of makerspaces they are able to sustain themselves through classes, workshops and memberships even if they are not turning out successful small business projects. In this way too, this new emerging paradigm takes the pressure, risk and pitfalls out of business development and makes it a far more accessible and approachable (and enjoyable) proposition.