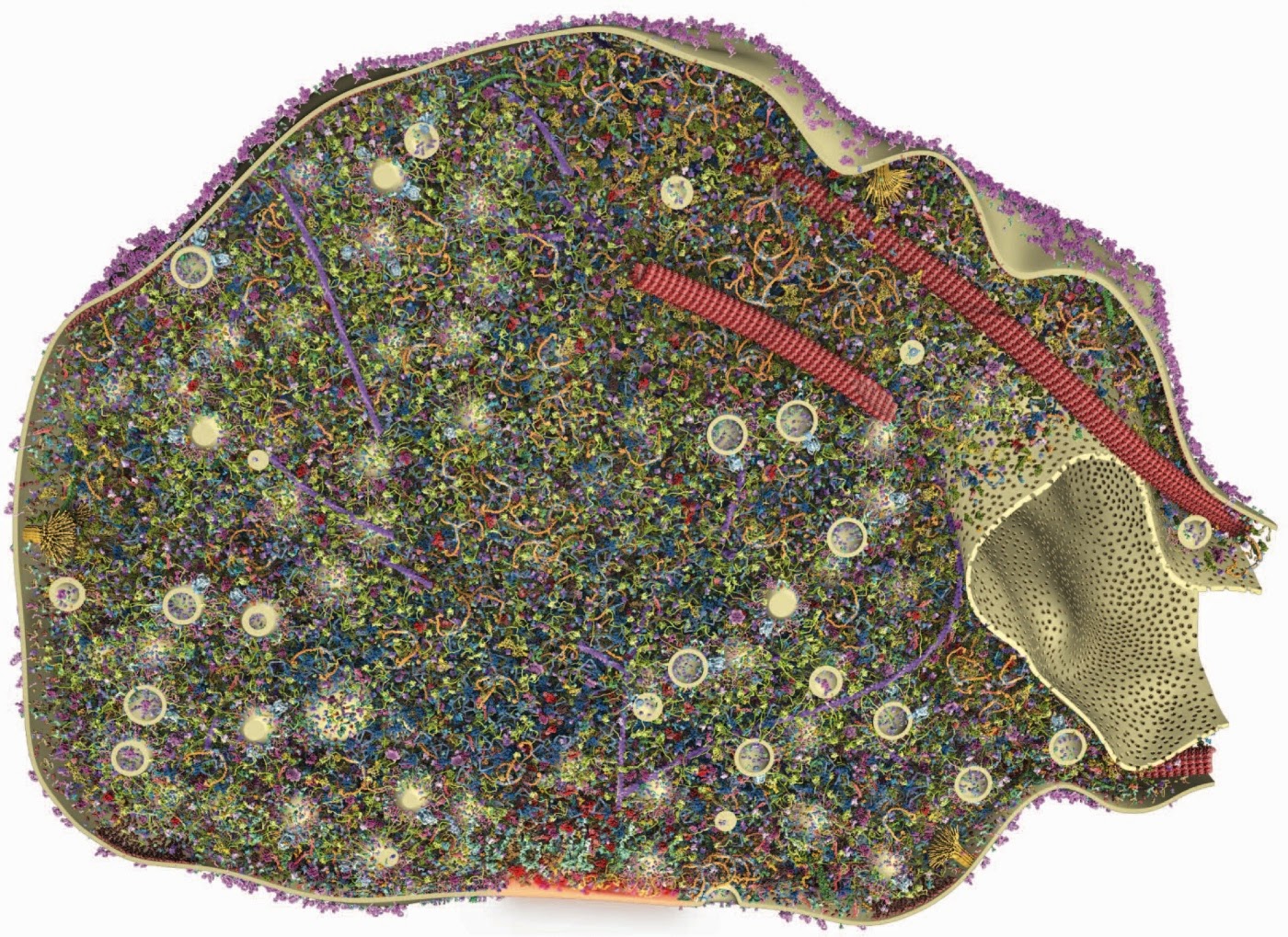 October 2, 2014 German scientists have created a 3D model of a synapse. The University of Göttingen, where the model was created, said this:

Synapses are the contacts between nerve cells that allow the flow of information that makes our brains work. However, the molecular architecture of these highly complex structures has been unknown until now. A research team from Göttingen, led by Prof. Silvio O. Rizzoli from the DFG Research Center and Cluster of Excellence Nanoscale Microscopy and Molecular Physiology of the Brain (CNMPB) of the University Medical Center Göttingen, managed to determine the copy numbers and positions of all important building blocks of a synapse for the first time. This allowed them to reconstruct the first scientifically accurate 3D model of a synapse.

The model was built using a combination of biomedical disciplines including electron microscopy, super-resolution light microscopy (STED), mass spectrometry, and quantitative biochemistry and was a collaboration with several other institutes.

Why is Modeling Important in Biology?

Not only do virtual models help us understand how biology works in greater detail, it also allows us to conduct research on cures and therapies using computer simulations just as aerospace engineers test forces upon aircraft and rockets using their own simulations. This cuts down on the risks, time and resources required to carry out real-world trials on living biological systems including animals and eventually human test subjects.

While there is still a long way to go in creating integrated models of human biology for such testing, there are other interesting projects headed in this direction. OpenWorm (a more general description can be found on Wikipedia) is a virtual biological system of a C. elegans nematode that can be placed on your computer, observed and tested on.

Once organisms can be modeled virtually and on a virtual genetic level, simulations can be run on both treatments and even on possible evolutionary changes. In an installment of "Concepts in Synthetic Biology" it was explained:


A better understanding of genes not only allows us to manipulate them better in a lab, but gives us the ability to create better simulations. Genetic simulations, a computer model that tells us the characteristics of a particular genetic code and how it might respond to a given environment or stimuli can be used as is to test a single organism, or run simulations on entire lineages of selectively (or randomly) bred organisms. What would normally take nature or breeders hundreds, thousands, or millions of years to accomplish, can be done at the speed of our fastest processors. 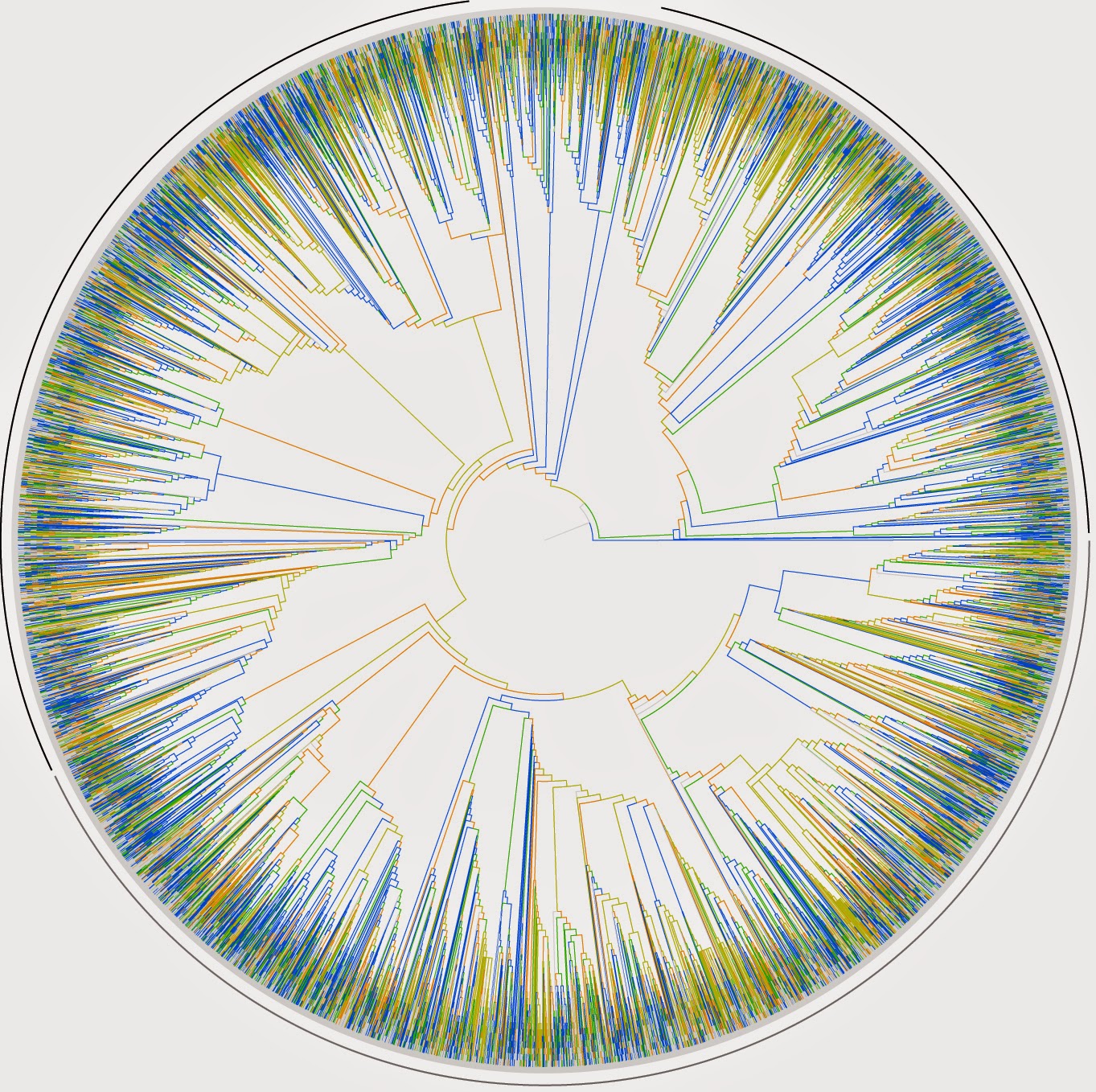 Engineering biology requires a better understanding of biology itself. Unlocking a better understanding requires better models and the ability to examine complex systems using computers. As proposed in the "Concepts in Synthetic Biology" article, an artificial evolutionary progression on a computer could be done in a day that would take millions of years for nature to do. Spot checks where organisms are synthesized and examined in the real-world could ensure that such simulations are accurate all the way through.

While the debate continues about genetically modified organisms, it is probably best that all people become familiar with not only the topic, but also the techniques required to carry out such work. Computer models may end up as part of a computer-aided design suite that initially is only accessible to researchers, institutions, and corporations but open source versions accessible to all are inevitable.

With the power to model biological systems in the hands of DIYbio communities around the world, biotechnology can go from a capital-intensive business model to a collaborative effort to improve our communities here on Earth and, as "Concepts in Synthetic Biology" concludes, beyond:


Instead of just a miniature elephant breed, perhaps there would be a whole list of interdependent, specially synthesized organisms that were being developed for a particular climate or environment.

In the future humans may eventually begin building larger, torus shaped space habitats with large, permanent populations. Gravity may or may not be similar to that on Earth, depending on the centripetal forces able to be achieved by the habitat's rotation. Lighting conditions may also vary. Engineering ecosystems better suited to the atmospheric, gravitational, and lighting conditions that would exist there could be the key to making these habitats more livable and self-sustaining.
Similarly engineered ecosystems could be created to colonize Mars. While humans spend time terraforming the surface to something more closely resembling Earth, engineered ecosystems could start at the other end, designed to flourish in existing Martian conditions, and gradually be modified as terraforming took place.

Modeling biology on computers is the key to unlocking everything from better cures to better and more accessible biotechnology. Thanks to German scientists who have created a 3D model of a synapse at the University of Göttingen, we are all one step closer to opening that door.