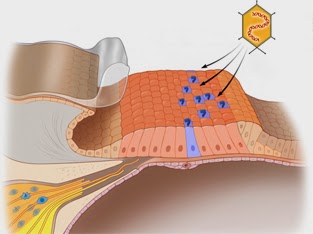 November 29, 2014 The first gene therapy treatment aimed at restoring lost hearing in patients from a variety of causes is being tested at University of Kansas Hospital, Fox 4 Kansas City reported. Some 21 patients involved in the trial suffer from hearing loss caused by noise, medications and disease.

In the case of the Kansas City trials, the therapy seeks to regenerate the tiny cells within the human ear that detect and relay sound to the brain. Results indicating whether or not the therapy can restore hearing should be known within six to eight weeks, however it may be a year before these results are made public.

The Pioneers website where trial information and contact details are provided for potential candidates explained the process in greater detail:


The study drug, CGF166, is a gene therapy. Gene therapy is an experimental technique that uses genes to treat disease. The technique allows doctors to insert a gene into a patient's cells in an effort to treat their hearing loss. This is done with a common flu-type virus that has been weakened so it can't multiply and carries the gene that is expected to help existing cells in the inner ear to become new functional hair cells.

Gene therapy has also been used in other clinical trials, the most impressive perhaps was that conducted by researchers at Penn Medicine, led by Dr. Carl June which placed 19 otherwise incurable patients suffering from acute lymphoblastic leukemia in complete remission.