UK Supermarket Powered by Own Waste 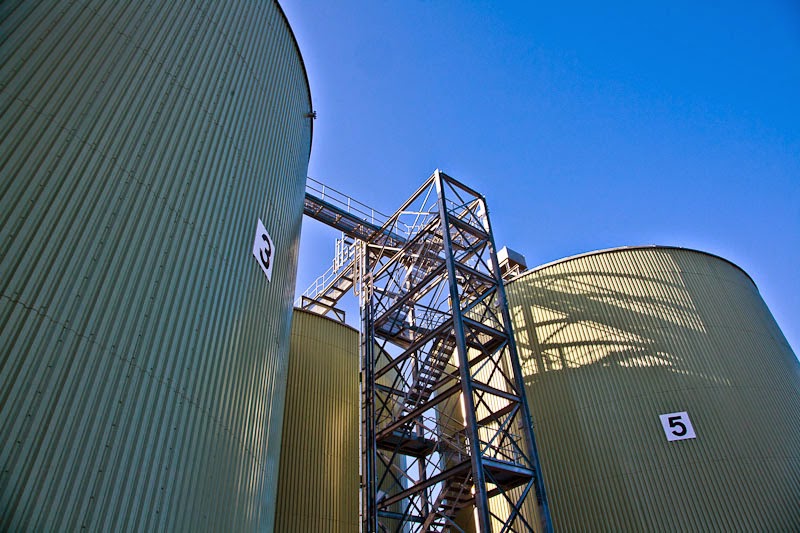 December 1, 2014 Supermarkets have shelves full of highly perishable items. When their time is up, what can't be donated to charity or shipped to animal feed companies ends up in a landfill as waste. But what if these products could instead be used for something else? What if they could become a source of energy?

That is precisely what British waste management company Biffa, is doing. It conducts programs with food stores to recycle expired food into energy through the process of anaerobic digestion. Anaerobic digestion uses methanogen bacteria to break organic material down into high quality organic fertilizer as well as methane gas. The gas can be used directly for heating and cooking, or can run generators to produce electricity.

More recently, it was announced that supermarket chain Sainsbury's in the UK would be using Biffa's services, becoming the largest retail user of anaerobic digestion. In Biffa's own press release, it stated:


Some of Sainsbury’s waste will be sent to Biffa’s ‘super’ AD plant in Staffordshire, which is the biggest in the UK, processing up to 120,000 tonnes of food waste from homes and businesses every year. The facility launched in June and has already started to produce energy. At full capacity it is expected to produce renewable energy to power up to 10,000 homes. A soil improver is also produced that can be used in the same way as compost.


Sainsbury's Cannock store is directly supplied with electricity via a 1.5km cable that runs from a Biffa anaerobic digestion plant nearby becoming the first supermarket in the country to become independent of the grid. If a surplus of electricity is produced, the surplus is sold to the national grid.

And while Biffa runs a large and ever increasing network of recycling waste into energy and fertilizer, it should be noted that the production of methane via anaerobic digestion called "biogas," can and is done on many scales including at home. Across China, India, and many other places in the developing world where centralized infrastructure has yet to reach, biogas serves as an all-in-one waste management, power, gas, and fertilizer solution.

What Biffa is doing on a large industrial scale can be done on a local community scale so that the benefits Sainsbury's Cannock store is reaping today can be enjoyed by everyone tomorrow. Biffa has invested heavily in developing its waste collection process using its own collection bins and services. Similar, smaller scale operations could be used in towns, villages, and communities, or maybe even one day, within a single building.