January 10, 2015 Voxel8 unveiled a dual head 3D printer that extrudes plastic and a conductive paste with the added feature of programmable pauses in the printing routine to insert circuit boards before resuming the print. To demonstrate the capabilities of this new breed of 3D printer, Voxel8 printed out a functioning quadcopter that could be seen buzzing around CES 2015.

Make: Magazine covered the revolutionary new process, developed in part at Harvard University, summarizing it as:


Working with Autodesk, they’ve created software that allows you to specify your desired circuit pathways, as well as the location of the electronic components needed for it. Then it does something really slick: It automatically prints the appropriately sized cavity for the components (along with conductive traces), pauses to allow you to place the components into the spaces, and then continues printing, encapsulating them into the design.

The printer is expensive, at $9,000 USD, but prices will undoubtedly fall as others study Voxel8 and create their own versions. Voxel8 surely will be developing future versions, materials, and algorithms that will make the printer not only better, but more accessible to makers the world over.

If you want to put electronics in your 3D printed projects today, don't worry. People have figured out a lot of clever ways to do so. While you can't really have your printer lay down conductive pathways, you could design casings and enclosures, if planned properly to add in your electronics afterwards. 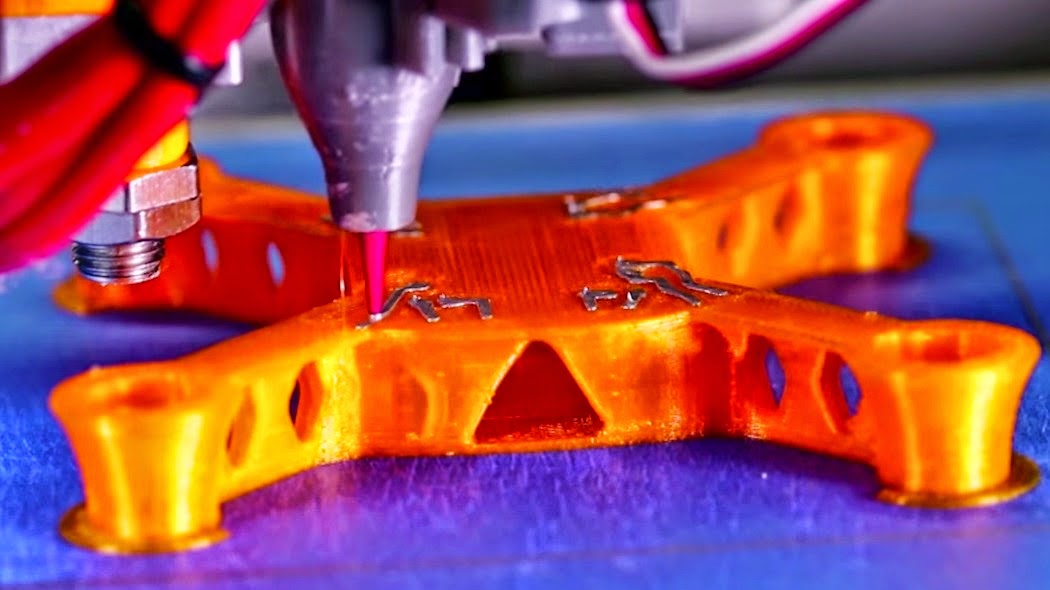 And while Voxel8's new printer is showing off its capabilities by printing out a familiar object such as a quadcopter, advances in manufacturing technology often spur entirely new designs by virtue of other processes previously being incapable of doing so. What exiting new projects will makers, designers, and engineers come up with using Voxel8's new printer?