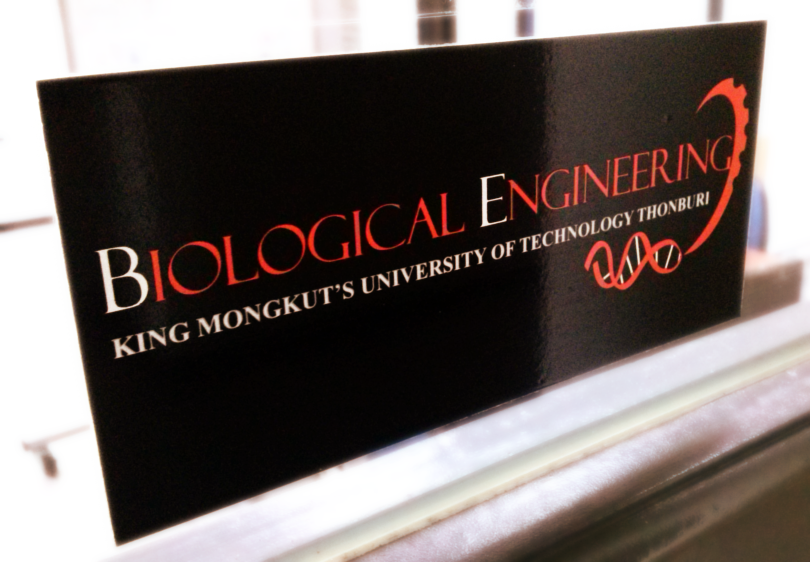 February 6, 2015 -- BIT Magazine Imagine DNA, the code of living organisms (including us), being as easy to read, write, and create as computer code. That is the distant promise the field of synthetic biology has begun offering us today. It is already possible to take the DNA of organisms, map it, and introduce new DNA into it to change the characteristics of that organism.

As scientists and researchers begin to standardize this process, and as the tools used become cheaper and more accessible, we see highly institutionalized, traditional biology shifting toward what is known as synthetic biology. DIYbio is the pursuit of biology (including synthetic biology) outside the confines of traditional academia and research.

And did you know the seeds of both a synthetic biology and DIYbio movement are being sown right here in Thailand?

We went to investigate the state of both fields to find one small Thai team making big contributions.

Dr. Asawin Meechai, a professor at King Mongkut's University of Technology (KMUTT) with the help of colleagues and graduate students, has worked on several synthetic biology projects in the past and has begun integrating synthetic biology into curriculum at the university. He and his team have even conducted DIYbio workshops teaching ordinary engineering students this extraordinary field. 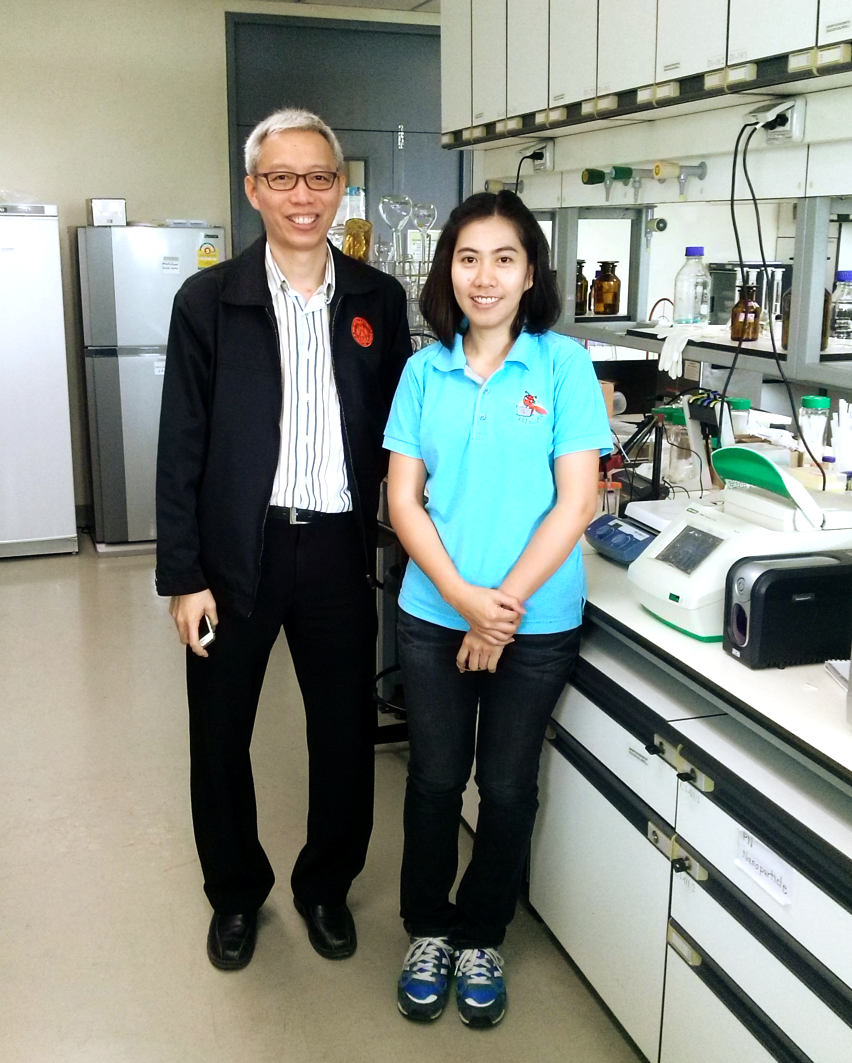 The dream is to eventually compete in the Massachusetts Institute of Technology (MIT) International Genetically Engineered Machine (iGEM) competition as well as making synthetic biology a wider, more well-known, and accessible field of science in Thailand.

Dr. Asawin and his team have previously conducted iGEM-oriented workshops, running simulations of projects proposed and designed by students. Complete iGEM-style projects have been successfully completed by his team as well. In 2010, his team presented Escherichia coli (E. coli) bacteria engineered to emit a rose scent to Princess Maha Chakri Sirindhorn during KMUTT's 50th anniversary celebration. More recently DIYbio workshops have been conducted to teach non-biology students the skills required to successfully design and implement a project in synthetic biology.

All the basic ingredients are in place and "proof of concept" is no longer in question.


What's Happening in Thailand and What Isn't?

We toured one of the molecular biology labs at KMUTT's  Bang Khun Thian campus, southwest of Bangkok. It has everything you would expect to find in a modern lab, including a collection of BioBricks from a previous iGEM competition.

Dr. Asawin and graduate student Jittrawan Thaiprasit explained what was and wasn't currently possible and why, regarding the building of a synthetic biology and DIYbio community in Thailand. The tools are widely available, as are services generally associated with synthetic biology including gene sequencing which is available both in Thailand and in nearby Singapore. Oligonucleotide synthesis is also available, timely, and going down in cost. The real obstacle is a lack of interest across the public who most likely is unaware of the current revolution taking place in biotechnology, and a lack of interest across established biotech research institutions in Thailand. Most of Thailand's universities and research institutions still follow more traditional methods of genetic engineering and have failed to adopt new technology, standards, and adapt to the shifting paradigm.

Interestingly enough, much of the DIYbio culture in the United States and Europe sprung forth from biotech professionals and enthusiasts frustrated with just such a dogmatic and otherwise constraining approach used across academia and corporate R&D. Perhaps in Thailand too, a new generation of biotech researchers, tinkerers, and entrepreneurs are needed to make maximum use of the tools and techniques being developed as the field of synthetic biology grows.

We talked with Dr. Asawin about the prospect of training a core of makers and innovators interested in synthetic biology and DIYbio, and allowing them to promote and contribute to both fields among their respective circles. As the power and implications start to set in beyond the walls of Thailand's universities and research institutes, new dynamics between old and new approaches might help make the leap forward and attract the interest and support needed to create an iGEM team.

Indeed, Dr. Asawin suspects a few success stories would be all it takes to convince industry and government to take more notice and to provide more support.

Competing at iGEM is Just the Beginning

Beyond simply competing at iGEM, shaking up Thailand's biotech research establishment could see a greater emphasis on transforming research into practical applications which is perhaps the greatest way to convey the power of this technology to the average person. Practical applications also translate into new businesses and jobs.

Currently, Dr. Asawin revealed, most students graduating from his program find themselves at government-funded research institutes where results of breakthroughs are published and researchers simply move on. Those with ambition to apply their new skills and knowledge toward something more practical are likely to leave Thailand, inducing a "brain drain."


Establishing a culture in Thailand that encourages entrepreneurship, combines investors with great ideas, and shows the power and merits of small start-ups, could help convince Thailand's biotech graduates to stay in Thailand and begin building a more substantial biotech industry here.


The ability to read, write, and edit the code of life is perhaps the most powerful and meaningful technology yet to come. Dr. Asawin commented that this is the biotech age, and that it will be at least as important as the computer age. Thailand then, would stand to be left behind and that's a shame considering that the only real barrier is not technical or financial, but rather the current, prevailing mindset.

It is hard to argue that the biotech age is not truly profound considering what the implications are for human health. Reading, writing, and editing the DNA of humans has already led to breakthroughs like gene therapy where patients have had their immune system reprogrammed to recognize and defeat terminal cancer that would have otherwise surely killed them. In Europe, gene therapy has been approved that treats a rare genetic mutation that leads to pancreatitis. With just one shot, patients begin to respond, and as the corrected DNA replicates throughout their body, they are cured, permanently.

The ability to transform human healthcare, and harness something as simple as bacteria to serve as sensors, processors, and micro-factories is something that could appeal to us all. It is just a matter of communicating that message and showing tangible examples of the transformative power of this technology to regular people, investors, and decision makers in government alike.

In Thailand, we are standing on cleared ground, at the future site of what will become a new industry and culture in Thailand. If you are interested in becoming part of it, please contact us and tell us your story.

In the months to come, we hope to continue updating readers about this exciting development, one that has surprisingly sprung up just as Thailand sees the first of several makerspaces come on line just at the end of 2014 and the beginning of 2015. It is an exciting time, and it is progress you can help move forward by simply getting involved.