March 4, 2015 -- BIT Magazine Some might take for granted the real power of the maker movement and the principles of openness and collaboration it is founded on. The maker movement has now become a truly global phenomenon, and many of the first successful makerspaces are now being emulated and their projects, ideas and ethos are being expanded upon around the world.

That includes Bangkok, the capital of Southeast Asia's Thailand.

By the end of 2014, at least 3 makerspaces were up and running in Thailand's capital of Bangkok, filled with all the familiar fixtures one might expect to find in a makerspace anywhere else in the world. That includes everything from 3D printing to open source microcontrollers, to workshops teaching Arduino basics and 3D modelling, to even food hacking.

Each makerspace has its own unique take on the maker movement from the practical, to the artistic, and everything in between. Each survives month to month using a different strategy and each contributes its own positive part to the expanding maker community, both within Thailand's borders and beyond them.

Home of Maker, located on the fourth floor of Bangkok's famous IT mall "Fortune Town," was the first makerspace we visited. Created by Gravitech, (the electronics company that designed and markets the Arduino Nano), Home of Maker is part storefront, part makerspace, and part classroom. Every Thursday, customers who purchase an Arduino board are given free training on using it. There are also project-based workshops organized to teach Arduino programming and includes the construction of an LED lamp enclosed in a 3D printed case. 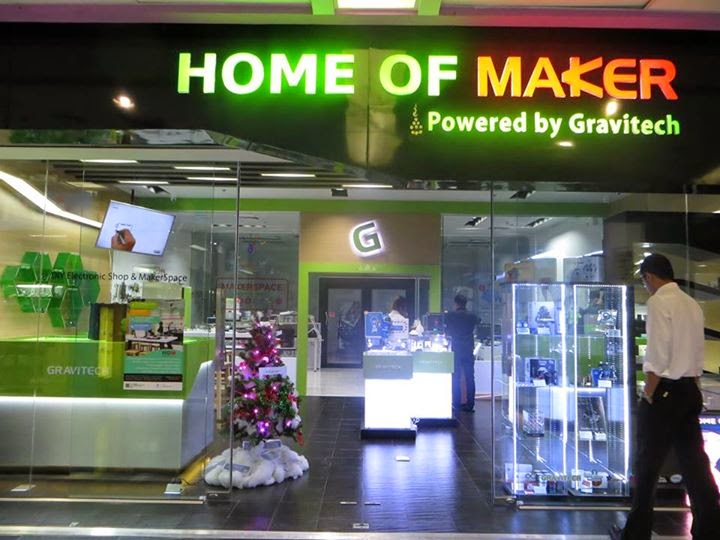 The staff are all highly skilled engineers who spend much of their time on product development for Gravitech Thailand.  They are passionate about technology and when they're not helping a customer or member, they are tinkering on their own projects. 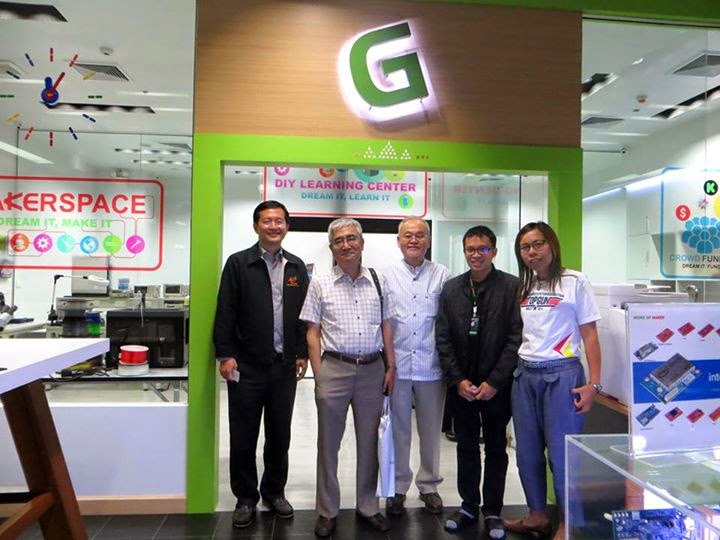 Their MakerBot Replicator 2 provides the cheapest 3D printing services we've seen so far and because of its storefront, cheap 3D printing service, and convenient location, we find ourselves at Home of Maker a couple times a week either printing out a project, buying parts for a project, or just seeing what's new. 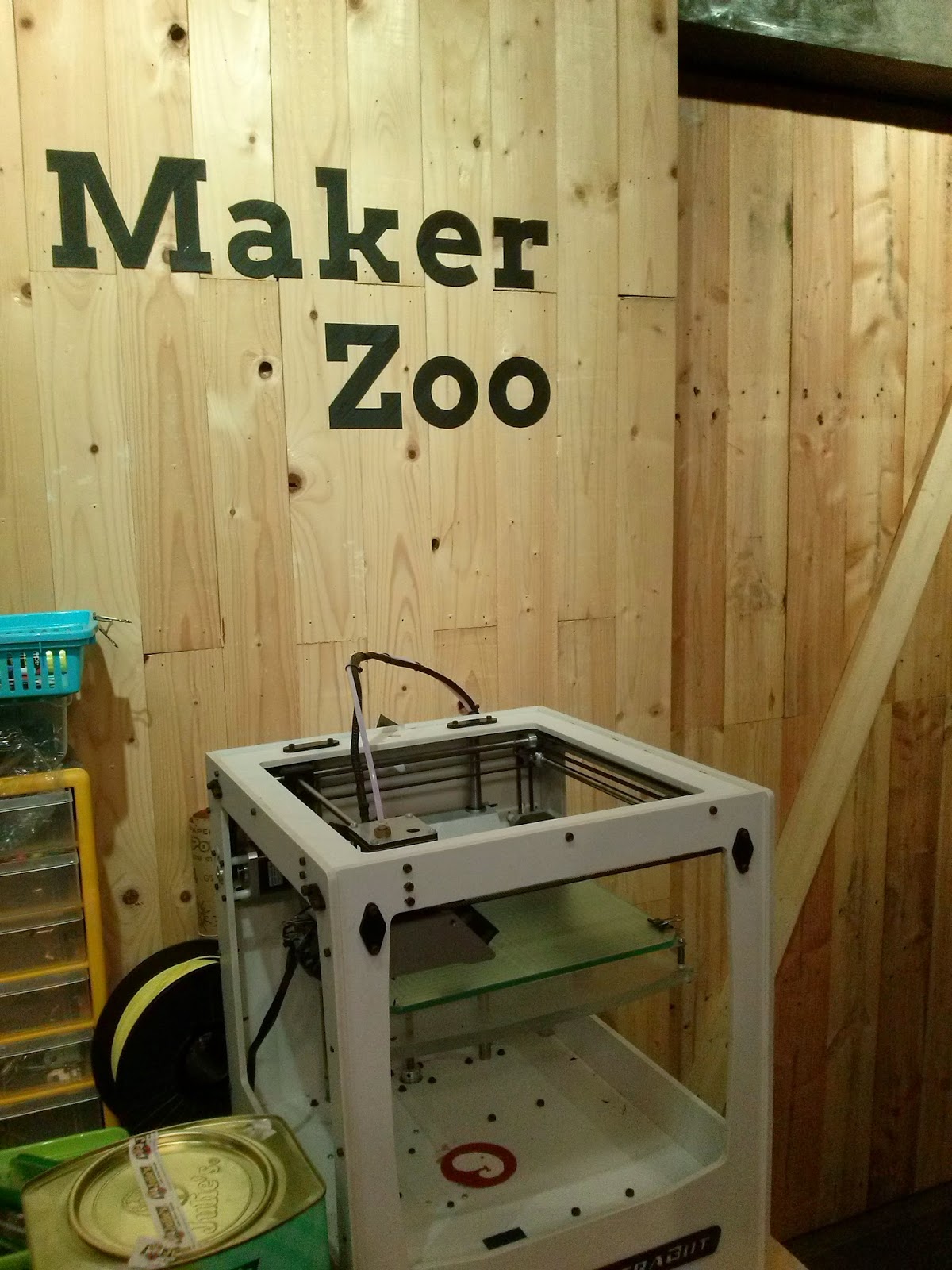 There's also Maker Zoo. Visit them on any given day and you will find yourself literally climbing over the many projects they are working on. Unlike Home of Maker that makes ends meet through their successful electronics business, Maker Zoo does freelance research and development for products. They also hold very popular workshops teaching basic 3D modeling, 3D printing, and microcontroller basics. It is almost impossible to drop in and not see or learn something new.

Like Home of Maker, each team member at Maker Zoo is incredibly knowledgeable and more than happy to share that knowledge.

One of Maker Zoo's co-founders, Pattaraporn "Max" Bodhisuwan, beyond helping run the makerspace, is  enthusiastic in promoting the maker culture in Thailand and beyond. Max regularly links up with makers from around Asia to learn and exchange ideas, always seeking to expand and improve the maker community. He sees makerspaces in Thailand serving as a center of creativity for those who are already technically inclined and as a place where those who'd like to learn can do so by diving right in, learning by doing.

He notes that Thais are natural makers and sees much potential in Thailand's maker community in the next 2-3 years. He hopes to see activities at Thailand's makerspaces evolve beyond just electronics and include everything from wood, leather, and crafts, to automobiles, design, animatronics, and even biohacking. 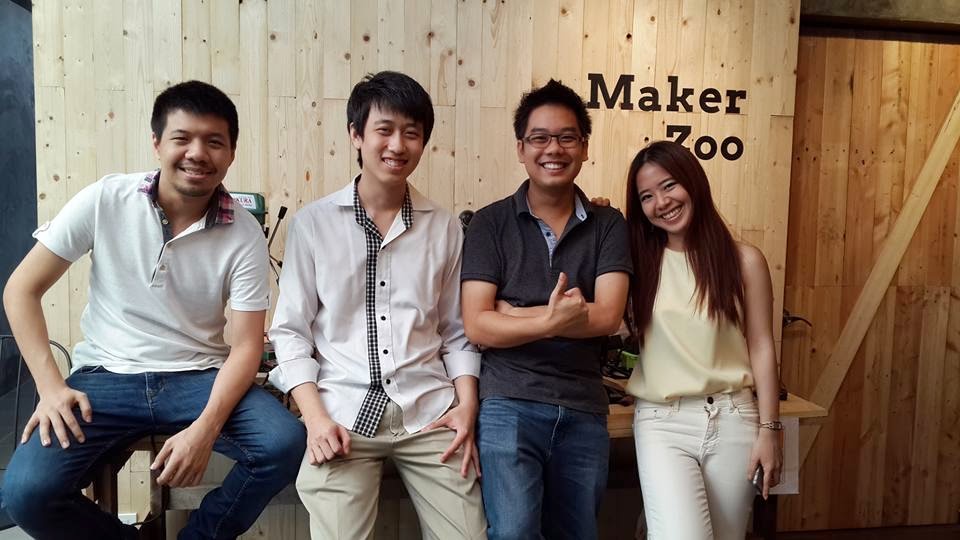 Finally, we visited FabCafe, a co-creation spanning Japan, Thailand, and Spain that sprung out of MIT's global Fab Lab network. We sat down with co-founder Chutayaves Sinthuphan to discuss the ideas behind FabCafe's opening in Bangkok, what's on offer now, what's in store for the future, and what impact he and his team see FabCafe will have on the local community.

FabCafe's goal is to make the ideas and concepts behind Fab Lab more accessible to the general public. Thailand's Fab Lab, for instance, was mainly used by students and researchers and had little time to do public outreach. FabCafe seeks do that public outreach, providing a comfortable environment for people learn, explore, and express themselves, using personal manufacturing technology like 3D printing, laser cutters, and CNC mills to personalize ordinary items or create entirely new ones.

FabCafe Bangkok currently offers workshops fabricating camera and bike accessories. There is also a workshop for designing and fabricating unique toys. FabCafe also opens its doors specifically for university students to come and use the space to work on their class projects. FabCafe insists that users learn to use the machines themselves rather than look at it as a passive "service." The idea behind this is to foster "design literacy," a skill FabCafe Bangkok's team believes will be as important tomorrow as computer literacy is today. 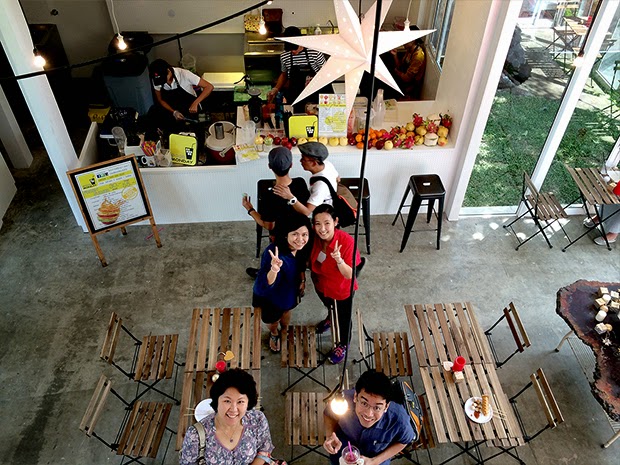 Chutayaves expressed during our conversation a plausible future where people enjoy multiple interests, combining them together, and establishing highly localized communities thriving in self-sufficiency. Businesses and institutions like FabCafes and Fab Labs today, might become nodes in a patchwork of localized communities tomorrow.

Home of Maker, Maker Zoo, and FabCafe are the three current and active makerspaces in Bangkok, through others are in the works and others exist in Thailand beyond Bangkok, including a thriving maker community in Thailand's northern city of Chiang Mai.

What the growing maker community in Bangkok means to people elsewhere around the world is that what we do at our makerspaces may seem very "local" and "personal," but its impact and influence can literally reach around the world, inspiring people we've never even met. Of course, makers springing up in Bangkok also means a larger pool of ideas and creativity we can all collectively draw from. And that is the beauty of the maker movement. The more who join, the better it is for everyone.