Oculus Rift-Robot Project takes FPV to the Next Level

March 3, 2015 -- BIT Magazine Those who have played video games, particularly those set in first-person view (FPV), can appreciate the intuitive, immersive feel of being able to look in any direction with the mere gesture of a mouse. With Oculus Rift, a head-mounted display using motion tracking hardware and software, turning your head in the physical word turns the head of your character in any given game. 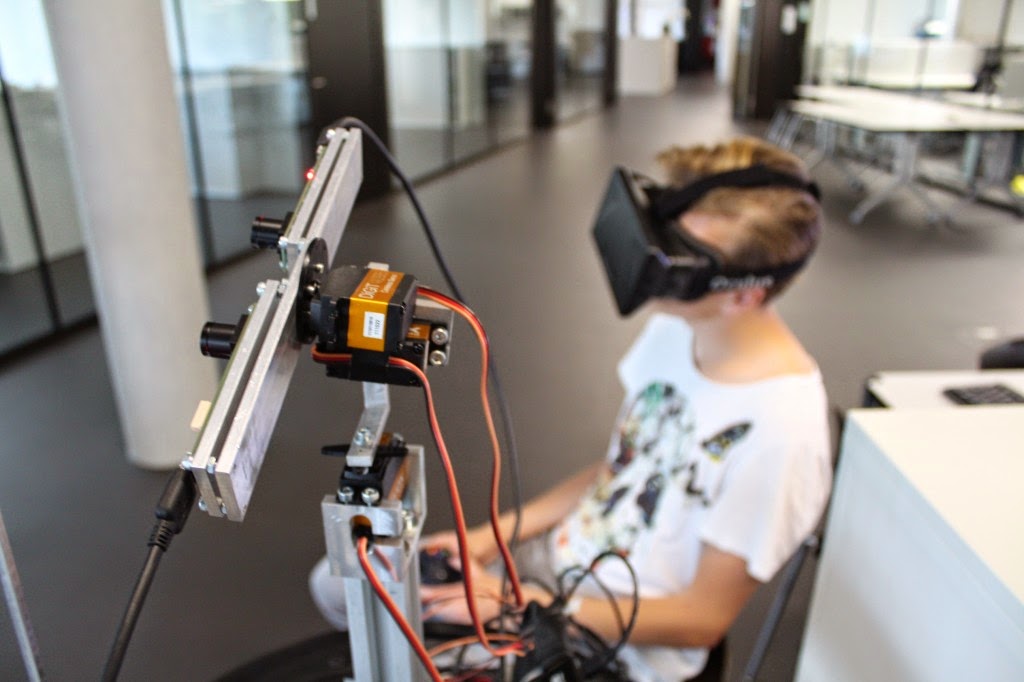 Now, through a system called Intuitive Rift Explorer (IRE), Oculus Rift can be used to move in real-time a robotic viewing system in the physical world.

Developed at the University of Applied Sciences and Arts, Northwestern Switzerland (at their Institute i4Ds of FHNW School of Engineering) the IRE allows a user to control a ground-based robotic rover and look around in real-time from its perspective. The motion of the user's head is translated into movements of the robot's viewing system, composed of two cameras (for stereo vision) and servos to move the robot's "head."

There is a build-blog containing a large amount of technical details regarding the project. 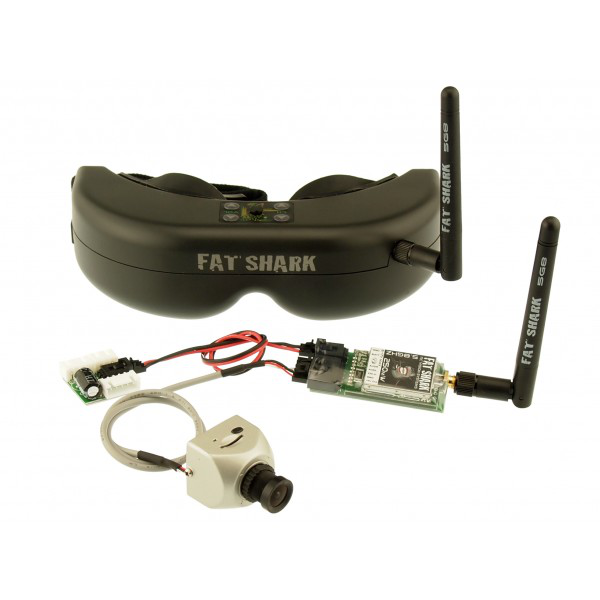 For now, the system is large, slightly cumbersome, and suitable for the rover upon which it is attached. In the future however, we can imagine smaller, sleeker versions of this system mounted on drones, giving users an experience as close as one can get to flying like a hawk, without actually having wings.

Already, FPV drone racing is a growing hobby and sport, with impressive footage available online showing what racers see through their headsets. Imagine what it would be like to be able to look around in real-time without having to change the direction of the drone itself and simply by just moving your head?

Some professional grade photography drones contain cameras mounted on independently movable gimbals, though for now, these require a separate controller and sometimes an entirely separate operator to control it. Eventually, with just the turn of one's head, such cameras could be moved as intuitively as we naturally look around. 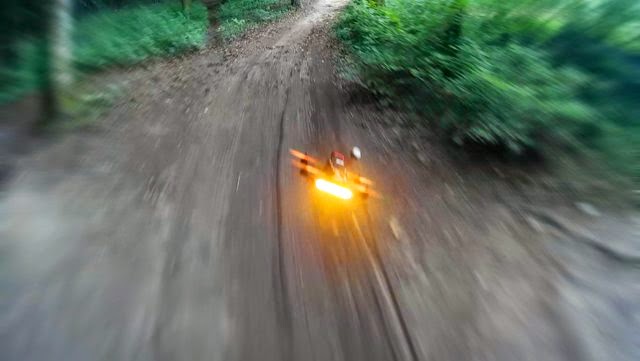 In addition to a more immersive experience for drone operators, telepresence can be taken to the next level. A while back, a Canadian man's telecommute using a roving robot as a stand-in for his physical self at a software company made headlines. The capabilities endowed by the IRE system may produce a more natural, intuitive experience, making telecommuting a more efficient and acceptable practice.

The IRE blurs the lines between reality and the digital world, allowing us to "teleport" ourselves into the place of a machine. What sort of applications can you think of for an IRE system?