Super-simple competition seeks to "break the ice" for new makers.

April 16, 2015 -- BIT Magazine People may be familiar with various kinds of robot competitions. There are "battle bot" competitions, university competitions testing the next generation of rescue robots, and even government-sponsored contests looking to develop concerning "terminator-style" military applications. 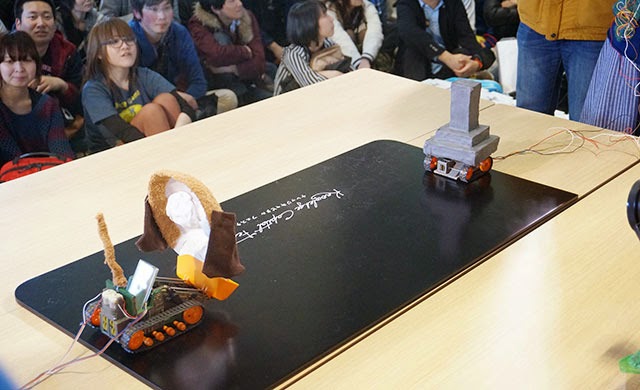 When people think about robot competitions, and developing technology in general, there is the impression that it is the realm of only a select few in society -- engineers and scientists working for well-funded universities, corporations, or government institutions. However, that simply isn't true. Anyone can have a hand in developing technology, and as technology increasingly permeates society, the necessity for ordinary people to learn not only how their technology works, where it came from, and where it is bringing us, but how they can play a direct role throughout the process will only grow.


HEBOCON is a robot contest for the technically ungifted. We held the first tournament in Tokyo in July 19,2014.

The competition has caught on elsewhere. At least one makerspace in the US (video) has held a mini-event inspired by its Japanese counterpart, and there is also a group in Italy. Closer to Japan's neighborhood in Thailand, a series of events beginning on the 19th of April is being planned. The concept behind Thailand's HEBOCON is to provide a sort of "ice breaker" for people curious about robotics or understanding and creating technology in general, but who are intimidated or unsure of how to get started.

Because the point behind HEBOCON is to create an entry as unsophisticated as possible and to celebrate the unpredictable nature of a poorly designed robot, the worse one does at HEBOCON, the better.

Participants and bystanders will also have the opportunity to meet with and talk to people already involved in both the maker community and different fields of technological development. Many people currently engaged in the maker movement have backgrounds in design, product development, engineering, and programming, but are eager to pass their skills on to anyone willing to take the time and effort to learn. All that's left to do is "break the ice," which is exactly what HEBOCON in Thailand is aimed at doing.


If successful, perhaps other HEBOCON competitions will be organized around this principle, as well as other "underachieving contests" built on a similar premise. 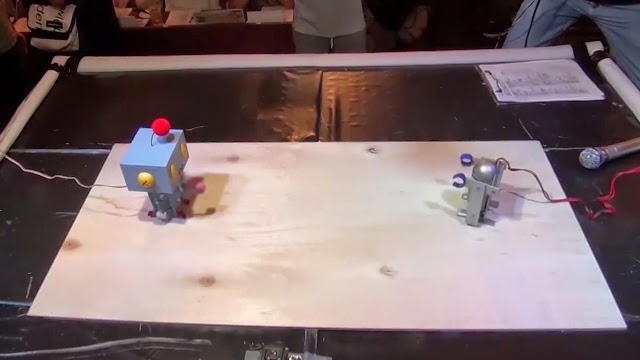 What comes after HEBOCON? The organizers of Thailand's HEBOCON plan to offer those attending this series of competitions opportunities to participate in beginner's workshops to teach people how to make a more functional robot and acquire the skills they will need to tackle whatever aspects of technological development  that appeal to them the most. These skills include basic programming with microcontrollers, 3D design and printing, and more. With these skills, developing technology to solve any number or problems will be possible. And as people learn more about what they can do at a makerspace, they will be able to work on their projects and explore possibilities never before possible for them.

In order to address the obvious problems that are sure to follow, understanding and developing technology must be made more accessible than the current prescription of studying for years at an expensive university. One of the promises of makerspaces is their ability to make understanding and developing technology accessible to all, but in order to do that, they must first get regular people to take that first step through their front door. HEBOCON is a fun community event seeking to do just that.