Solving a Water Crisis With Technology

April 9 2015 -- BIT Magazine While the debate rages over what to do about the water shortage in California, some people have begun to explore some more practical measures to take it on all on their their own. In addition to temporarily conserving water, some people have begun thinking of alternatives to the municipal water grid altogether, and how these alternatives can provide them the water they need. 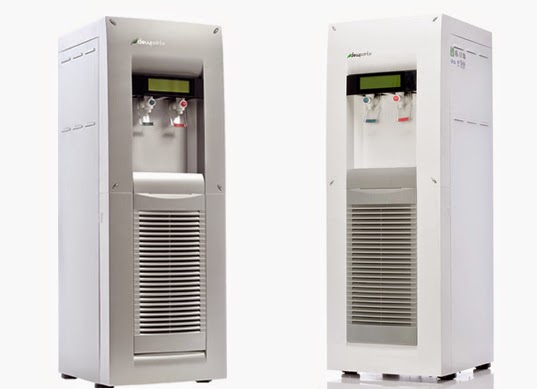 In a recent article published by TreeHugger on "water makers" also known as atmospheric water generators (AWGs), the concept of drawing water from thin air was introduced along with several commercial units already available on the market. Basically a modified dehumidifyer, AWGs consist of a cooled coil upon which water condenses, not entirely unlike how water condenses on a cold drinking glass on a hot day.


The coils must be coated with a food grade material, and storage tanks must likewise be suitable for potable water. Filtration systems both for the air brought into the system and the water produced are also generally included in AWGs.

While commentators complained below the article about the concept not being "green," nothing could be further from the truth, especially when considering further options that could be added onto these existing systems.

First, consider why there would be a water crisis to begin with. Such a crisis is generally attributed to it being hot and sunny. But these conditions are also ideal for one of the most viable alternative energy sources just now going mainstream... solar power. A solar powered AWG would capitalize on the enduring sun and heat associated with a drought. As long as humidity is above 40%, which across California it generally is, the hotter and sunnier it gets, the more water your AWG would be producing. 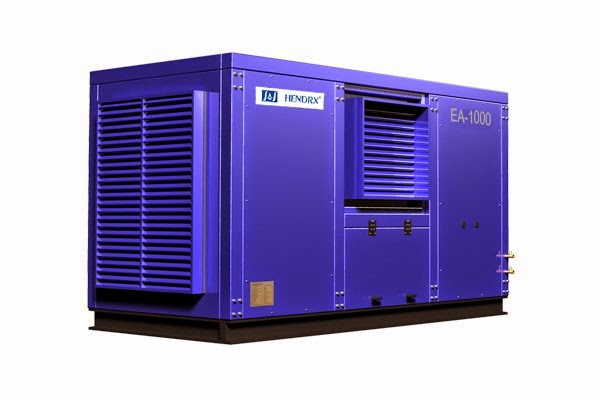 While you might not be able to condense enough water with a consumer unit for your entire home's needs, you would certainly generate enough to drink, with some left over for other uses. The question is, if people began hacking these units, expanding them, and powering them off the grid with solar energy or other forms of alternative energy, could your water usage end up off the grid as well?

There are heavy duty AWGs already in production and used for industrial, military, and disaster relief applications. In the future, and if municipal water supplies consistently continue to fail to produce enough water (and water that is safe and free of poisonous additives), could a future soon arrive where communities create water generating cooperatives alongside an increasing number of energy cooperatives?

Entire nations, primarily in the Middle East where desert terrain prevails, have managed to supply water by taking it from the sea. California with its entire west coast bordering the sea, probably could solve its current water shortages in the long term with similar strategies. For the time being, and for individuals, AWGs might be a form of technology to first adopt to provide for themselves their daily drinking water, then hack them to expand their capacity for other uses and perhaps one day, even for agriculture..