The Future of 3D Printing

May 9, 2015 -- BIT Magazine For emerging technologies it is not always easy to tell what the future holds for it. However, for 3D printing, this doesn't apply. 3D printing is actually not new at all. It has been around since at least as early as the 1980s.

Since the 1980s, 3D printing has been making it possible to prototype new ideas faster, more accurately, and more efficiently than ever before. Starting in the mid-2000s 3D printing went from a professional tool employed by large companies and design firms, to a form of personal manufacturing accessible to a larger number of regular people. 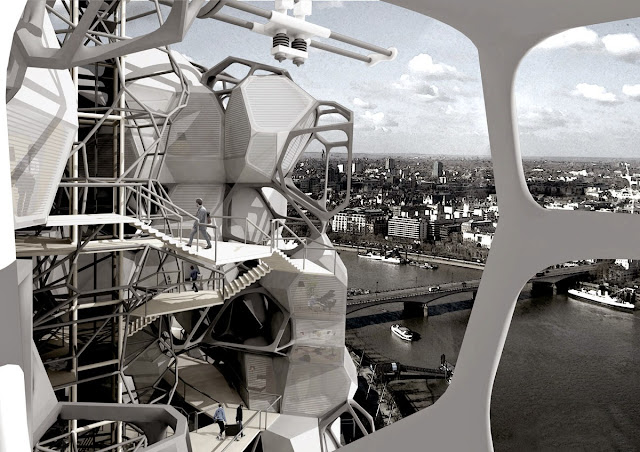 Looking at where 3D printing has been and where it is now, we can confidently predict where it is heading with some degree of accuracy.

3D printers can still be intimidating for first-time users. We are still a long way from having an object on the screen and simply hitting the "print" button and seeing it turned out on our desktop. However, as more companies take on the challenge of producing the best-yet consumer oriented 3D printer, software and hardware is becoming easier and easier for people to use.

The same goes for 3D design software. 3D printing requires users to either obtain or make a 3D model of the object they'd like to print. Traditional computer-aided design (CAD) programs have been notoriously difficult to learn and use. The overwhelming number of features are great for trained engineers and designers, but sometimes an insurmountable wall for beginners attempting to learn on their own.

In recent years programs like SketchUp and Autodesk 123D have turned this around. Easy enough for children to learn, and with intuitive basic tools anyone can learn to use, beginners finally have easy entry-level options for 3D design programs. 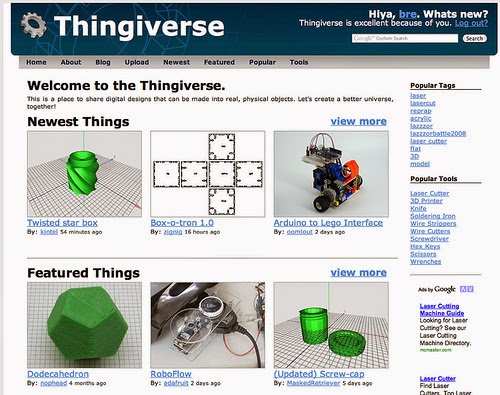 And as 3D printing software and hardware get easier, it's hoped that design literacy increases as public interest in 3D printing and personal manufacturing grows. Somewhere in the middle these two trends will meet, and perhaps then 3D printing will become nearly as easy as printing documents.

Almost weekly it seems that someone is trying to push something new through a 3D printing extruder. From plastic filaments mixed with wood fibers, rubber, or bronze powder, to massive printers pushing out concrete to build prefabricated walls for construction, there's almost no limit to what can be printed. There are also resins cured using ultraviolet light and metal powders sintered together using computer-controlled lasers allowing for truly metal objects to be constructed, layer by layer. 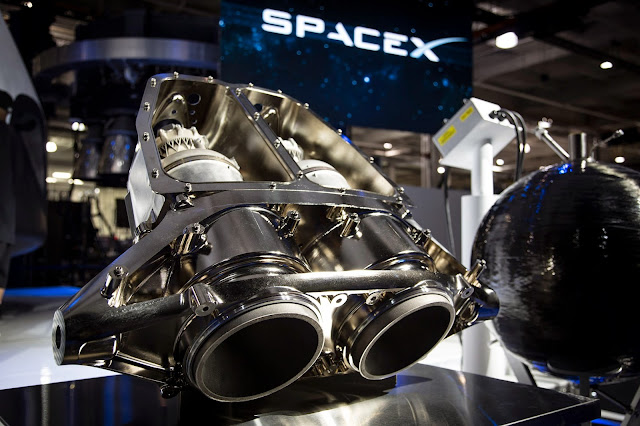 Such processes have even produced working metal components, perhaps the most impressive of which is SpaceX's 3D printed SuperDraco thrusters fitted on their Dragon V2 crewed capsule. Others in the aerospace industry have likewise begun using 3D printing not just for designing and prototyping, but for actual working components.

As in the past, these processes may be expensive and solely in the realm of large organizations today, but will eventually find their way into smaller organizations for cheaper before inevitably ending up on our desktops and inside our makerspaces.

Because of the increasing number of materials and the variety of scale 3D printing can be done on, everything from tiny components to full-scale architecture is being reimagined through the lens of this additive manufacturing process, opening the door to new applications.

While 3D printing is still mainly used for prototyping and small batch production of plastic and resin items, in the future this will surely change to include more materials and more applications.

Because for 3D printing you only need the printer and the input material to create virtually anything that can fit within the build space, it becomes the perfect manufacturing process not only for personal applications, but also for applications where the infrastructure of traditional construction and manufacturing cannot reach.

The best example of this is the International Space Station (ISS) where a 3D printer has been recently deployed. While it is only an experiment, a tool designed on Earth (a simple wrench) was transmitted to the ISS digitally and printed onboard. The implications of this are enormous. As long as astronauts have input material and a 3D printer, anything they forgot to bring from Earth can be sent as a digital file to them (transported at lightspeed) and fabricated on demand. Huge digital libraries of objects could be brought on future space missions and items printed as needed.

Perhaps in the future, recycling technology will also improve and allow objects no longer in use to be turned back into input material.

And what of 3D printed architecture? Could the same be applied to settlements off-world? Teams at world renowned architecture firm Foster + Partners as well as at the European Space Agency (ESA) have already begun exploring and testing possible processes for manufacturing architecture in space, on the Moon and beyond. 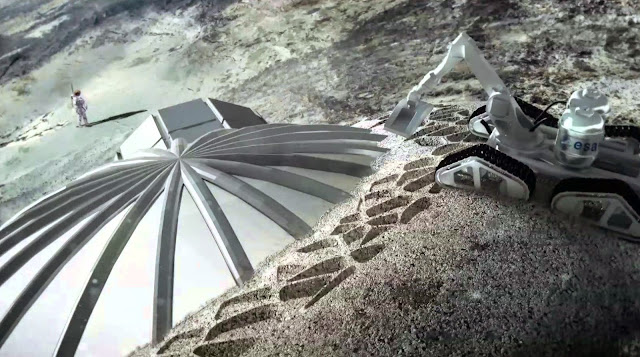 Closer to home, we can imagine not only a greater variety of materials being used in single prints, but perhaps a combination of materials used together during a single print. Conductive and insulating materials combined together could make more complete electronic platforms where motors and controllers could be added later (and changed out as they became obsolete).

There are still a lot of limitations regarding 3D printing. While nearly anything can be done with 3D printing even today, many of the most useful processes are still very costly and remain only within reach of large, well-funded organizations. However, when considering the problems of tomorrow, we must resist the temptation to try and fix them with the technology of today. In 5 to 10 years, many of the problems plaguing personal manufacturing today will be solved, with many of these problems already being worked on by dedicated teams that have already successfully moved the whole field forward, and closer within reach to the average user.

Putting a little "lead" on our targets ensures that solutions hit squarely where they will be in the future, not where they are now. By the time today's solutions reach tomorrow's problems, these problems will have already changed and long since moved out of our original field of view.

Let's take advantage of and explore 3D printing's current strengths today and plan for its possibilities tomorrow with optimism. We are the primary factor that will determine the impact of 3D printing both today and tomorrow, so a positive paradigm shift tomorrow will begin with a positive shift in our thinking today.