September 5, 2015 | BIT Magazine In the 1980's sci-fi classic Back to the Future II, Dr. Brown brings Marty McFly and his girlfriend into the future (2015). When they arrive it is raining. Doc Brown assures Marty that the rain is about to stop, and while looking at what we might now assume is a smartwatch, he is able to predict down to the second when a break in the clouds will appear.

Of course, Back to the Future II is just a movie. There's no way to do that now, or is there?

Imagine you have a simple sensor outside your window. It measures the temperature, wind speed and direction, and whether or not it is raining. By itself it is pretty useless unless you want to log weather conditions over a long period of time automatically. But now imagine you connect your sensor to the Internet, and your friend down the road connects a similar sensor to the Internet as well. Now, if it starts raining at their place and the wind direction is pointed at you, you can calculate when the rain will reach you. And when the storm passes their place, you can calculate when the end of the storm will reach yours. 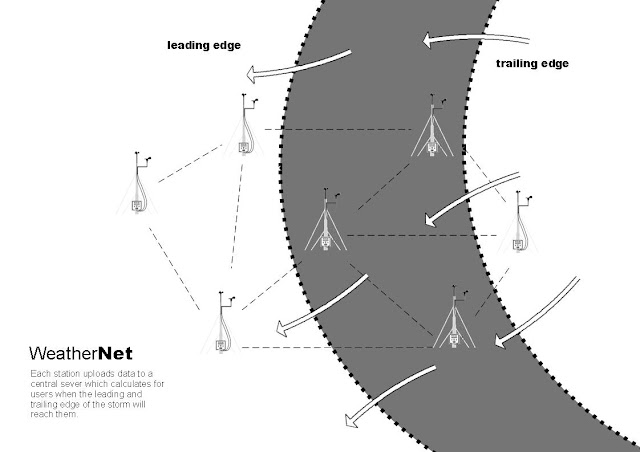 Now imagine a city full of these sensors giving you a higher resolution of temperature, wind speed/direction, and rainfall. Imagine if they are all uploading data in real time to a central server that is calculating the leading and trailing edges of storms. Now you have a weather net capable of predicting the start and end of rain in real time almost down to the second.

Already if you search Instructables, Hackaday, and other repositories of DIY projects you will find a large selection of open source weather stations using everything from Arduino to Raspberry Pi and many more. The technology is getting so accessible and so cheap, just about any tinkerer out there could build a weather station.

If these people got together and someone decided to code the central application, you could probably be looking at your smartwatch and tell exactly when the rain is about to start and stop on any given cloudy day. 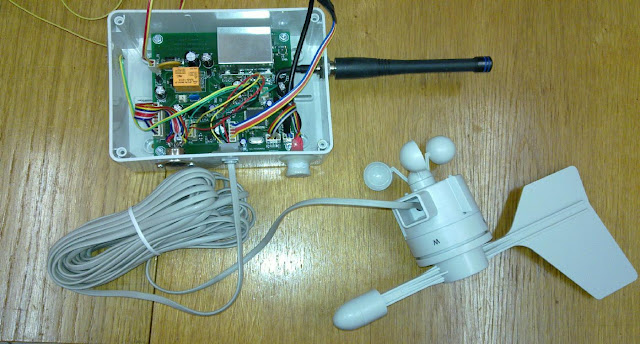 As our ability to predict weather improves, we could probably add on other sensors to the network. Open source weather prediction might be a lot of fun, but it could also have a lot of really meaningful applications. For agriculture, farmers could prepare or even automate preparations ahead of heavy rain to either protect their crops or to catch and divert water to where it is most needed. And of course added awareness of the weather around us could help people avoid dangerous conditions that might otherwise "sneak up" on them.

And while you've got all these stations up and running and networked, adding on entirely other capabilities becomes possible including ad hoc networks and your own local internet.