Makerspaces + Organic Agriculture Team Up to Leverage Biotech for Good

September 7, 2015 | BIT Magazine There is no shortage of bad press regarding big-agricultural corporations and their abuse of biotechnology. However, biotechnology itself is just that, simply technology. Its use or abuse depends solely on those whose hands it finds itself in. Since un-inventing biotech is not a possibility, it would benefit us all greatly to ensure that this powerful technology finds its way into as many good hands as possible.

The tools and techniques of modern molecular biology have given humanity unprecedented ability to insight into the code of life, to manipulate it, and harness it. Despite this, few in the general public understand even the very basics of the discoveries, innovations, and implications unfolding, let alone play any role in determining how they are applied across society.

But all of that is beginning to change as makerspaces around the world begin incorporating biology into their ever expanding expertise. Do-it-yourself biology or DIYbio, has been gaining popularity across the maker movement. Entire independent community labs have sprung from initial projects coordinated through local makerspaces.


And while many of these DIYbio labs have many different focuses, one application they all seem to have leveraged has been a process called DNA barcoding.

DNA barcoding is a process aimed at quickly identifying an organism. When you buy produce at a store, how do you know it is exactly what the label says it is? Does your favorite sushi shop use cheaper fish but charge for a more expensive label? And is your beef hamburger really beef? Or is it horse? In fact, MadLab which conducted DNA barcoding workshops during the 'horse meat scare' aimed to answer that final question.

DNA barcoding works by looking for predetermined genetic markers already identified in a target species. Instead of sequencing an entire genome, DIYbiologists look for a few markers unique to any particular species, type, or variety. By comparing a test sample with an existing known sample, verification can be made with a certain degree of certainty.

DNA barcoding is already used by professional biologists around the world in the identification of organisms that are otherwise difficult to distinguish.

For the DIYbiologist, DNA barcoding gives them and their community greater insight into the genetics of the living world around them. They will have a more certain idea that they themselves can verify of what is passing through their markets, living in their fields, and sitting on their dinner plates.

It is a first, relatively simple step in adding more eyes and ears among the public to monitor the genetic world around us.

Beyond Barcoding: Biotechnology for the Masses

Biotechnology is a keyword that has more or less been compromised thanks in part to large agricultural and pharmaceutical corporations. It has become synonymous with the genetic contamination of our planet. People are increasingly equating big-industry's belching of poison into our planet's water, soil and atmosphere with big-agriculture's belching of genetic pollution into the genomes of plants and animals across the globe.

However there is so much more to biotechnology than polluting our planet's genomes. Within biotechnology also exists the most effective tools to monitor and even contain this pollution.


Biotechnology, in addition to manipulating genes, requires the ability to sequence and analyze them. It also includes techniques to use synthetic biology to produce engineered organisms that serve as biosensors not only against genetic contamination, but environmental contamination of all kinds. Biosensors can also be used to detect other useful metrics in our surrounding environment, including soil nutrients.

A whole world of biosensors, microfluidics, mycoremediation, bacteriophages and much more is waiting to be discovered and put to good use, provided that biotechnology makes it into the hands of people willing to put it to good use.

The proliferation of biotechnology across the general public will raise awareness of current abuses, but also the potential of existing and future technology. Genetically modifying organisms is not an entirely "bad" thing to do, though releasing these organisms into the natural environment, side-by-side with organic crops really is. But with a general public more literate and better armed to take matters into their own hands, they can identify abuses, contain and mitigate them themselves, and in turn make the best use of current breakthroughs in biotechnology.

And while much talk and controversy surrounds the agricultural applications of biotechnology, it should not be forgotten that human health is also greatly impacted by this field of innovation. With that in mind, biotechnology can also effect us quite directly. And as the tools and techniques of biotechnology become ever more powerful, the potential uses and abuses grow with them.

Communities must prepare themselves and the best way to do that is by taking ownership of this technology directly.

At Maker Zoo, a Bangkok-based makerspace, designers are teaming up with local organic food producer and distributor Raitong Organics. The goal is to develop a suite of DIYbio techniques and technologies to give farmers and consumers greater insight into the molecular biology of the environment around them, especially the food and beverages they consume.

There are also plans to test for the presence of GMO crops in Thailand. Thailand in particular has been opposed to the introduction of GMO crops, though corporations have attempted to intentionally contaminate the local ecosystem with 'accidental' releases of highly prolific strains, particularly papayas.

Giving the community the ability to identify and isolate contaminated crops through the proper use of biotechnology would greatly vindicate the idea of people taking ownership of it to assure use over abuse. 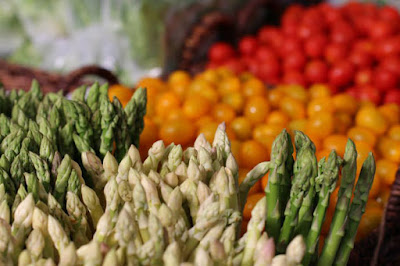 The Maker Zoo-Raitong Organics collaboration is just one of many examples around the world of how organic agriculture is taking advantage of modern biotechnology, proving that the technology itself is not the problem, rather, the fact that it is still held in so few hands is.

For scientists at universities and even in corporate R&D labs, many are excited about the prospect doing good with biotech without the pressures put on them by institutions, boards of directors, deadlines, and above all, bottom lines. Many of the most exciting DIYbio projects are in fact the results of these professionals seeking opportunities beyond the confines of institutions and corporations. Collaboration rather than confrontation with those already leading in the field of biotechnology will help ensure the best talent is put to the greatest use for the maximum benefit of society.

Makerspaces and local businesses already prove that there is both money and professional recognition in doing things the right way, openly, and for the benefit of society. By introducing biotechnology into the mix, we can hopefully add even more diversity to this growing trend.

Growing awareness is not enough. To cement the victory of use over abuse, people have to themselves start taking this technology and applying it in their communities. If they don't someone else will (and already likely is).