September 10, 2015 | BIT Magazine Cyberpunk is a science fiction genre that involves several themes including mega-corporations merging with government, humanity merging with machines, and ubiquitous high technology mixed with the crumbling, living ruins of the height of the industrial revolution. It is certainly not a utopia, but it might not quite be a dystopia either. 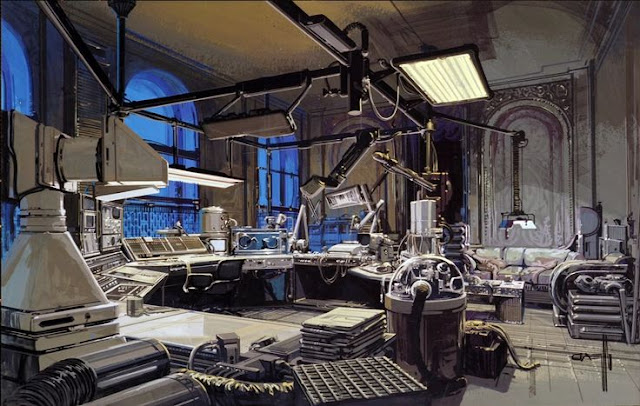 Settings could be old factories long abandoned where large cyberpunk projects are clandestinely worked on. Cities consist of high-tech layers built upon layers and layers of older, more obsolete eras. Gutted stone or concrete apartment buildings have modular habitats built into them, crawling with cables, computers, and cybernetic implants waiting for recipients. Next to piles of garbage and urban blight, are high tech appliances that do everything from fabrication to communication and more. 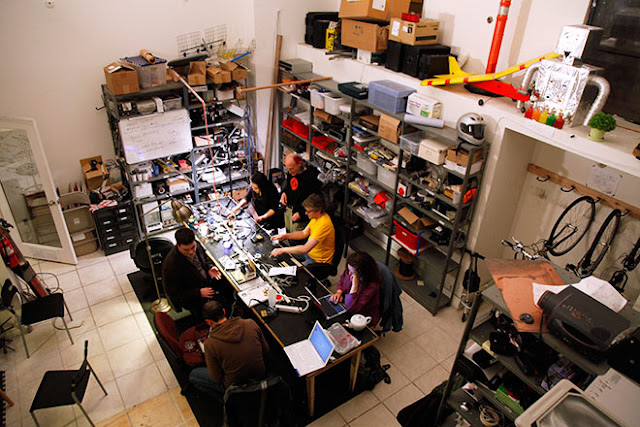 And as we look back at some of the most enduring books, movies, and TV series, we may start to notice what was science fiction in the 1970s, 80s, 90s, and even 2000s, is now becoming a reality.

A lot of the fictional aspects of these imaginary worlds are now being underpinned by real technology. The complexity and decentralized nature of technology, especially the idea of hackers creating their own technology with little or no traditional manufacturing infrastructure can be seen today in the form of 3D printing and other forms of computer controlled manufacturing. 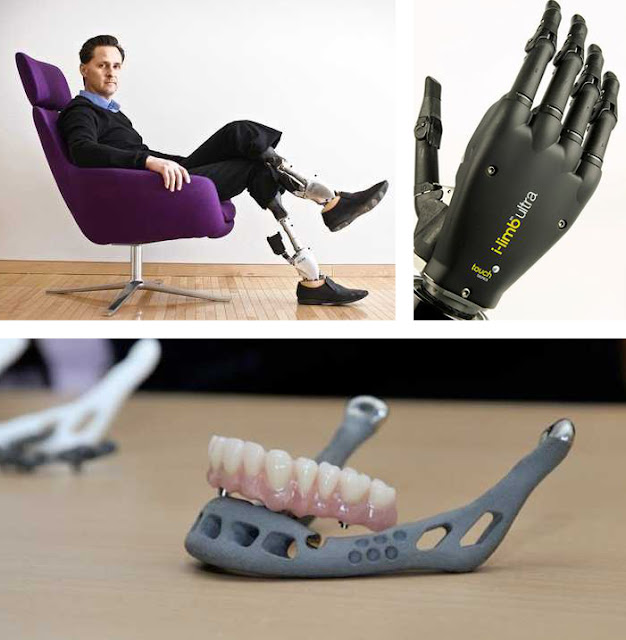 Old factories, gutted apartments, and old schools are being converted into hacker and maker collectives. Inside are projects that ironically use these new tools to recreate, even if only props, verbatim aspects of these stories people have grown up with. But slowly, these props are becoming real-world objects.

Artificial limbs of increasing capability are coming out of hackerspaces and hacker collectives. Groups of people whose goal is to merge technology and human biology, called grinders, are pursuing sometimes controversial projects and experiments to enhance our natural abilities with technology. DIYbio is merging information technology with biotechnology, opening up the door to accessible microbial and even human applications ranging from energy producing bioreactors to new methods to augment human health.

3D printing and collaborative design is even opening the door to other areas, including weapon manufacturing. And no matter what people think about any of these things, one fact remains... there is no way to stop it. 3D printing will be as accessible and as ubiquitous as 2D printing is today. And while most printers you can access today use only a few materials with limited properties, in the future everything up to and including metal and exotic composites will be available. Banning or restricting them will be as unrealistic as banning pens, paint brushes, and printers today.

And because of that, these worlds we saw in the pages of books and on the screen are slowly becoming features of our present. All of the good and the bad predicted as distant possibilities are becoming increasingly probable. Everything from viruses that can overwrite our genomes (biopunk) to breakthroughs allowing the human brain to communicate directly over the Internet offer both promise and peril.

And while in cyberpunk fictions, mega-corporations and evil villains have ominous-sounding names to add dramatic intrigue, in our current present, it is corporations like Facebook and Google that are conducting creepy cyberpunkesque experiments on its users to manipulate their behavior and who are even considering linking human minds directly to their ever-expanding networks, according to the Washington Post. The Post's article points out that while there are obviously many exciting aspects of such technology, there are many that are undeniably unsettling.

These sort of things have a habit of sneaking up on us, primary because while reality can be stranger than fiction, it sometimes doesn't come pre-packaged as we expected or imagined, thanks to how these themes are presented for dramatic effect in popular works of fiction.

That's why it might be a good idea as we watch this futuristic fictional world trickle into our present reality to revisit the themes, ideas, and more importantly, the warnings made by authors and directors over the years.

The cult-classic Ghost in the Shell featured a future where hackers, rival law enforcement sections, evil corporations with impressively disarming PR, and criminal gangs competed for power and influence in sometimes proxy-proxy battles of both digital and physical warfare. It was a world where good guys turned out to be bad and bad guys turned out to be good, or sometimes turned out to be even worse. The lines between reality and manipulated alternative realities were sometimes difficult to discern, and only the most vigilant would come out on top in the end.

Ghost in the Shell probably missed certain things, but what it got right about human nature and how it would cope (or not cope) with the changing technoscape of the future might give us something to think about today. Could it hurt to start thinking about this now? Which character would each of us today end up being like? Could it hurt to begin thinking about the good and bad technology creeping into the current present might pose, and how we might  maintain a balance between the two?

We can no longer afford to think about this as a "what if," and instead must accept that it is more like "what do we do now?"