October 19, 2015 | BIT Magazine The International Business Times published a very interesting and unique article regarding a potentially groundbreaking advance in medicine. Titled Anti-ageing 'patient zero' - Biotech CEO tests DNA-altering gene therapy on herself, it tells the story of  Liz Parrish, the CEO of BioViva who has administered to herself a gene therapy designed to reverse aging. 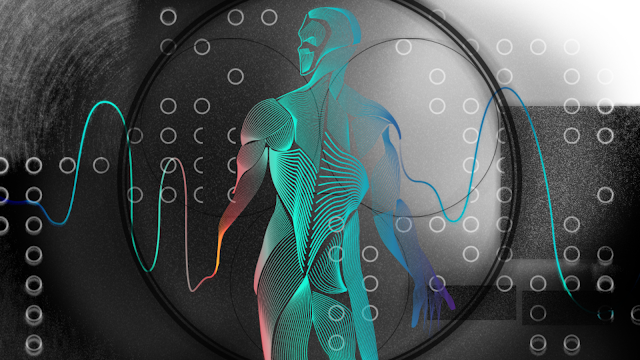 In the article, it mentions how Parrish side-stepped regulators to administer the trial therapy to herself and the implications her methods may have on the future of healthcare research and development as well as on how treatments reach the general population.

What is Gene Therapy and What Can it Do?

Gene therapy works by reengineering a virus to overwrite human cells with rewritten genetic code. Such code could include instructions for the immune system to find and target otherwise terminal cancer the body's immune system cannot on its own see. This was successfully demonstrated in clinical trials carried out by Dr. Carl June of Pennsylvania State University. Some 70% of the patients involved in the trial, all of whom would have otherwise died of leukemia, have been in remission years after receiving the treatment, according to PBS Newshour.

Another clinical trial underway in the UK involves treating heart failure by instructing the heart cells in aging patients to revitalize themselves and function properly as they had once done in youth. Imperial College London in a 2014 announcement titled First gene therapy trial launched for heart patients with mechanical pumps, explained:


It’s important to remember that the therapy is not correcting a gene defect. We are working much more downstream, which means that no matter what the cause of the heart failure, the therapy should be equally beneficial for patients whether their heart problems stem from genes, lifestyle or the environment or a mixture of all of these.”

It is therefore possible to use gene therapy as a means of treating a variety of conditions on a biological level, from deafness and blindness, to diabetes and yes, even aging.


In one treatment, she says, she received injections into her muscles containing the gene follistatin, which in animal experiments is shown to increase muscle mass by blocking myostatin, itself an inhibitor of muscle growth. She says she also received an intravenous dose of viruses containing genetic material to produce telomerase, a protein that extends telomeres, a component of chromosomes known as the “aging clock.” Telomerase is a frequent target of anti-aging research because the molecule is present in cells that can continue to divide indefinitely, like stem cells and tumors.

BioViva appears to have taken its inspiration, and its basic genetic recipes, from research published by mainstream labs. The idea for extending life span using telomerase, for instance, is based on work by the laboratory of Maria Blasco, a Spanish scientist who in 2012 showed that telomerase gene therapy could extend the life span of mice by as much as 20 percent.


[Harvard Medical School genomics expert George] Church says he didn’t agree with dodging regulators and added that BioViva appears to be “a one-person show.” But he says he found Parrish’s claims plausible. A student in his lab, he says, could prepare a genetic treatment suitable for experiments in animals in a matter of days.

The article cites various experts who urged caution and the merits of more rigorous experiments before actually testing the therapies on a human patient. But the fact remains that advances in biotechnology not only in terms of what it can achieve, but also in terms of the accessibility of the tools and techniques involved, means that no matter how Parrish's 'trial of one' turns out, others are sure to follow. As our collective understanding of the human genome improves, undoubted more complex strategies for applying gene therapy will emerge.

DIYbio and the Age Of DIY Cures

Another headline appearing side-by-side Parrish's story was this one from the New York Times News Service titled The rights to gene therapy – and a son’s life at stake. It tells of a father fighting over the rights of a gene therapy that may potentially save his son's life. The therapy has been neglected by the university which owns the rights to it because of financial and business concerns, not concerns over its feasibility. In fact, a similar therapy is being pushed ahead by other biotech companies.

Were biotechnology as far developed and as open source as information technology, there is a good chance that the father, Patrick Girondi, might just attempt to use a private lab outside the realm of "intellectual property" to develop the therapy and treat his son. It should be noted that the other companies racing ahead with the therapy Girondi's son's life may soon depend on, are also dragging their feet in search of maximum profits rather than maximum efficacy or concern for human life.

One could argue that the greed among this short-sighted segment of the biotech industry exhibited now may be the complete downfall of these companies in the near future as those desperate to save their own lives or the lives of a loved one push them to leverage open source biotech tools and techniques to develop similar or identical therapies, and exchanging them just as media is today on peer-to-peer networks.

Despite immense legal battles, political campaigns, and stringent global law enforcement efforts, even the so-called 'piracy' of media cannot be stopped. How much further would the public go if what was at stake was not a free movie, but a treatment their own life depended on?

Our Biopunk Future Depends on You
In an ideal world, governments, corporations, and medical institutions would pursue life-saving and improving technology, particularly gene therapy to create a better future for all of humanity. What we can see taking place instead is a concerted effort to wring as much profit for as long as possible through proprietary business models that will undoubtedly cost people in need both their health and eventually their lives.


Like in the movie Elysium where a rich global elite escape from Earth to an orbiting utopia with medical facilities that indefinitely extend their lives and cures or heals virtually any disease or injury, the people left on the losing end of a growing technological gap will have to fight to democratize such technology. Unlike in the movie however, we fortunately won't have to have an exoskeleton implanted upon our bodies so that we can storm the orbiting space station.

Instead, we can do something as simple as establishing a local community DIYbio lab and begin building knowledge and local infrastructure necessary to develop, safely test, and administer the sort of gene therapies described above. There are already applications for DIYbio tools and techniques. The most obvious for now is detection and environmental monitoring. Processes like DNA barcoding give us a better insight into the biological environment around us, including the food that we eat and the species that share our ecosystem with us.

From these basic first steps, more advanced tools and techniques can be developed and a community of DIYbiologists can be cultivated in communities around the globe, and then connected via open source ecosystems like those being built up around 3D printing and the Arduino microcontroller.

In the future, we may see institutional professionals joining us locally and establishing local clinics like that described in Concepts in Synthetic Biology: The ReGen Center. The ReGen Center would be a local clinic that provided diagnosis and single day treatment for virtually any disease or condition. It would be the equivalent of an Elysium medical bay here on Earth, accessible to all. But the steps required to reach such an ideal end includes people today learning about biotechnology and building the basic infrastructure needed to build a greater capacity.

As advances in gene therapy continue and as knowledge of their power continues to spread, fewer fathers, mothers, sisters, brothers, and friends will tolerate financial obstructions between a cure and the life of a loved one, including healthcare and biotech professionals themselves. We can start building the foundation today these people can turn to and leverage their knowledge and talent to create cures that will first immediately benefit them and their loved ones, but eventually the rest of humanity as well.