November 10, 2015 | BIT Magazine 3D printing has found its way into almost every aspect of modern technology and society, from printing toys and replacement parts, to making biotech equipment and even replacement body parts. However, the roots of 3D printing go back to prototyping and product design, and it is still one of the most useful applications 3D printing excels at.

At Bangkok-based makerspace Maker Zoo, much of the work being done there for clients is prototyping. And nearly every project faced by Maker Zoo's staff requires 3D printing. Whether it is a temporary rig to hold servos and other sorts of electronics, or a prototype case for an actual project, 3D printing has become indispensable.

And some projects involve prototypes that even end up becoming short-run 3D printed products themselves.

One client came in looking for a solution to house a tablet PC. The tablet would become the center of an interactive system and would need to be mounted and given an extra degree of protection. Using SketchUp to design the case in 3D, and Maker Zoo's MakerBot Replicator 2's, the case was printed in four separate pieces (it was simply too big to be printed all in one go). Using a technique known as friction welding, the four pieces were combined into just two, a front and back cover which were then attached by screws with the tablet PC inside. 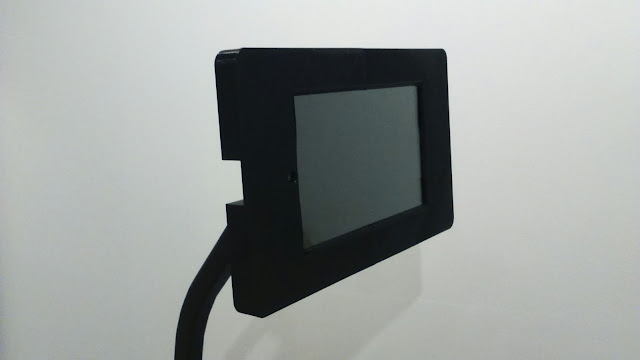 Several of these would be made to create a much larger interactive system. Should the prototype go into wider production, the client has been given the 3D files to bring to a manufacturer who will then make a mold and mass produce the cases.

A headless guitar is a specific design that lacks the traditional tuning keys most people think of when they think of "guitars." Instead, there are special tuning keys that leave lengths of guitar string sticking out in a haphazard and potentially dangerous way. To fix this, Pattaya-based bass guitar designer, maker, and musician Lenkybass, designed caps to cover the ends of these headless guitars. 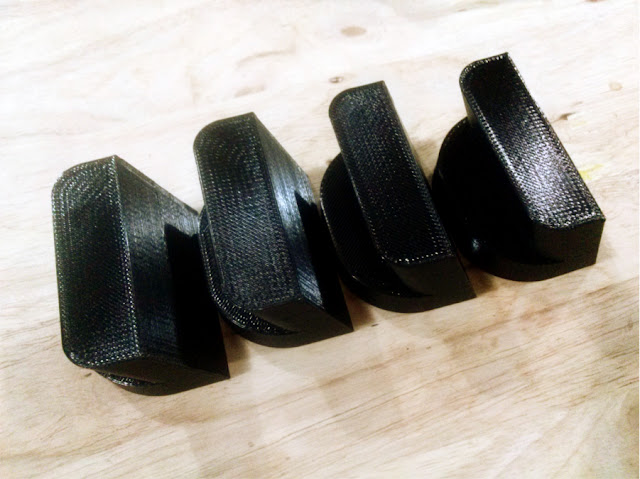 With 3D printing, it was not only possible to make a prototype for him, but because they are made in such small runs and in various sizes, it has become more convenient for Lenkybass to order them from Maker Zoo as needed.

And because these caps were prototypes, and because they were being fabricated on demand, design flaws regarding the caps' grip on their respective guitars can be worked out without having to discard large amounts of stock.

One of Maker Zoo's ongoing collaborations has been with the Queen Sirikit National Institute of Child Health (QSNICH), a Bangkok-based children's hospital. Their innovation department attempts to implement various ideas brought to them by hospital staff to solve various problems. They've approached Maker Zoo to help out with several prototypes which include a dermatology tool, a simple bed leveling tool, a needle disposal system, and even several attempts to turn MRI data into 3D printed models. 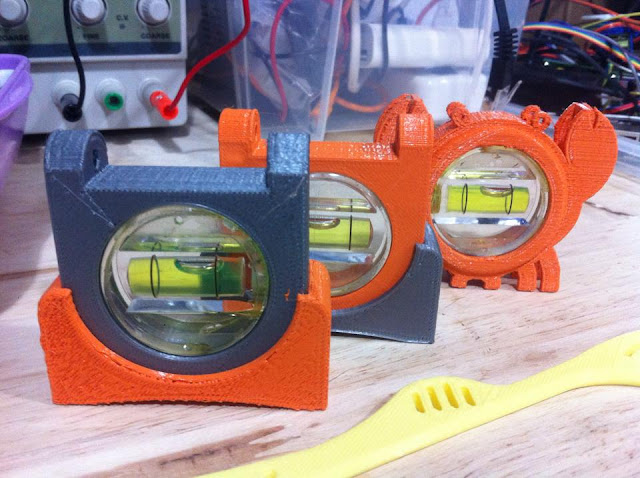 Maker Zoo has used 3D printing for each and every project. Some, like the bed leveling tools, can immediately be used in the hospital. Others can be developed further, mass produced, and sold by the hospital's innovation department to raise more funds to continue R&D activities.

Eventually, Maker Zoo would like to see QSNICH acquire its own 3D printers and designers, which would greatly accelerate the innovation and prototyping process. In the near future, it would be hoped that other hospitals could also create their own innovation departments fully equipped to prototype and fabricate items on demand.

One of Maker Zoo's most recent collaborations has been with Thailand's first DIYbio lab. F.Lab was recently founded and seeks to start its journey into DIY biology by carrying out DNA barcoding for Thai agriculture, and in particular, organic rice. But doing biology requires very specific equipment made by only a handful of manufacturers. Because so few make it, and demand is so low, prices are quite high. Creating a lab with brand-name equipment would be prohibitively expensive for would-be DIY-biologists. 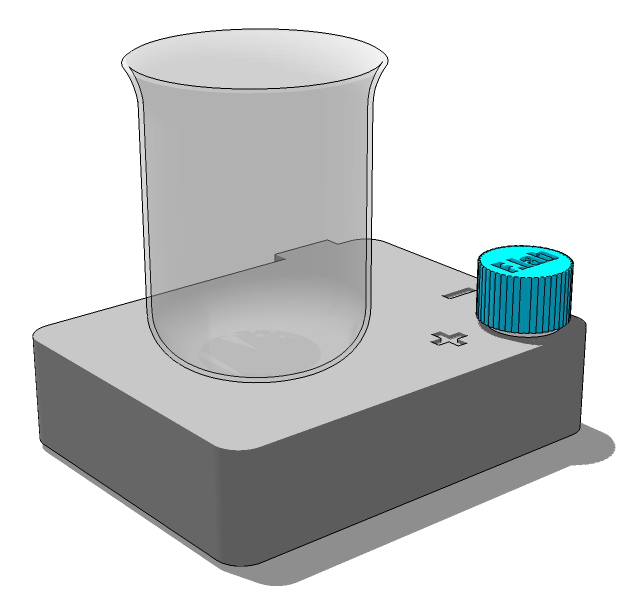 That's where 3D printing comes in. Open source microcontrollers, cheap electronics, and freely available designs online have made it possible to make your own lab equipment for a fraction of the cost of buying it from a supplier. With 3D printing, not only can you create components and cases for your equipment, you can create it exactly how you want it, allowing you to not only furbish your lab with usable equipment, but learn in the process and improve your designs along the way.

F.Lab's first piece of equipment is a magnetic stirrer made at a recent workshop conducted by Hermes Huang at Fab Cafe, Bangkok. The prototype made during the workshop consisted of only a computer fan, a magnet, a potentiometer, and a 9V battery. At Maker Zoo, this proof-of-concept was quickly turned into a permanent piece of lab equipment, complete with a 12V power supply and a case designed for the rigors of lab use.

In the past, if you had an idea, you'd need designers, a workshop, and lots of cash. Today, 3D design tools are becoming increasingly easier to use, are freely available, and can produce a file capable of being printed at a growing number of makerspaces around the world. 3D printers themselves are going down in price, are becoming easier to use, and for an aspiring designer or inventor, are already an indispensable tool for turning ideas into working prototypes.

And as 3D printing continues to grow as an industry, what is mostly prototypes today, may become small batch full-option manufacturing tomorrow. Entire local economies may rise from local fabrication that eliminates global-spanning supply chains dependent on mass production and turns everyone into entrepreneurs, producers, toy-makers, and artisans of every kind. In the near and intermediate future, it is already becoming clear that design literacy will be as important as computer literacy is today.

Already, 3D printing has given rise to many of the capabilities now taken for granted at makerspaces around the world. Rapid prototyping and 3D printing services have added extra income for makerspaces that once depended only on monthly member fees. And rapid prototyping doesn't just benefit clients, but makerspace staff with the skills and tools to do prototyping can just as easily develop valuable ideas themselves.

There are almost endless, free resources online that enable anyone with the time and interest to teach themselves 3D design tools and the in's and out's of 3D printing. Makerspaces are great places to bring your questions in case you can't find answers online, and of course, most makerspaces offer frequent workshops introducing people to 3D printing and building up their skills.