Why the North Star implant is important, even if you never want one.

November 18, 2015 | BIT Magazine Imagine a future where you get in a horrible accident, but walk away almost without a scratch. That's because the forces that would have killed a normal human being have no effect on you. Your skeleton and muscular systems have been augmented to withstand such forces. And you would have been in a far worse accident, only sensory implants and neural upgrades allowed you to avoid the worst of it with split-second reactions you otherwise would have been incapable of. 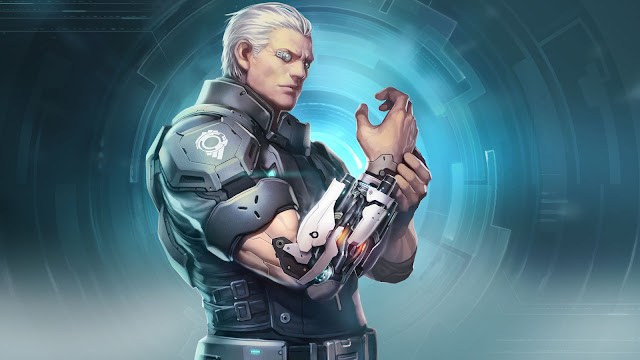 This sounds like (and still is) the stuff of science fiction -- a cyberpunk future where technology has gone from something you use, to something you are. Such a future invokes fear in some, excitement in others and it all depends, it seems, on who we envision will control this technology.


But imagine if you controlled it. You picked and chose what you included and what you didn't. If you chose to remain entirely unaltered, you could do that too. That doesn't seem so bad. And the key to unlocking such a future is for the technology used to augment human biology to remain primarily in the hands of the public.

Grindhouse Wetware, a biohacker space in Pittsburgh Pennsylvania, USA, is working toward just such a future. Their projects have provoked a range of emotions from the public from interest to disgust. This is because at Grindhouse Wetware, technology has already begun entering the human body, under the skin.

Their North Star implant is described on their website as:


North Star is a subdermal star implant that lights up under your skin. It is a lightweight version of Circadia. With the use of a magnet, you can turn the high definition LEDS on in a star pattern.

And for squeamish people, the North Star can make them feel overwhelmingly uncomfortable. It is a somewhat large device planted under the skin, and it looks somewhat unnatural. But modifying the human body has a tradition that long-predates technological implants.


Earrings are so commonplace that no one even flinches at the idea of piercing your body to dangle a piece of ornamental material from it. When rings placed in other areas of the body became common across a wider range of human society, at first there was a backlash, but today, they are generally accepted. The same could be said about tattoos, which have fallen into and out of favor, across different societies and segments of society over the years. And in fact, the North Star project is part of a wider effort to light up tattoos.

Implantable technology is coming whether people like it or not. Unnatural bulges in the hands of the Grindhouse Wetware team may turn stomachs today, but they are blazing a trail that will lead to less invasive technologies that go more and more unnoticed, and become more and more accepted by society.

Like all technology, the use or abuse of implantable technology is up to the people who use it, and more over, those who control its use in society.

We can imagine the opening scenario where it gives us abilities that make us safer, stronger, and better, or we can think of our favorite sci-fi dystopia where a shadowy power can eliminate any of us via our involuntary implanted tracking devices with the push of a button.

Making sure the former future, rather than the latter, comes to pass, means making sure this technology remains open, accessible, and its development guided by society, not a handful of institutions, governments, or corporations.

The same can (and has many times) been said about biotechnology. Much of the backlash against it today stems from the fact that it is controlled by the wrong people. DIYbio labs are trying to change that, leveraging biotechnology for the purposes that best serve local communities, decided by local communities themselves.

So while you may not want to line up for your own North Star, try to think past this first tentative step and see the future Grindhouse Wetware and other biohackers are working toward. Like the Wright Brothers' first flying machine, ridiculed as impractical and useless, even dangerous, biohacking today will most certainly give way to a drastically changed future. Whether that is a good future or not is entirely up to us to decide.