Undoing genetic modifications will become an essential tool for universal and personal biosecurity.

December 4, 2015 | BIT Magazine As the tools and techniques used to edit the planet's collective genome become more accessible to a wider user base and open doors to new possibilities to those already deeply involved in biotechnology, it probably isn't a bad idea to think about how to undo genetic modifications if they become undesirable, invasive, or even dangerous. 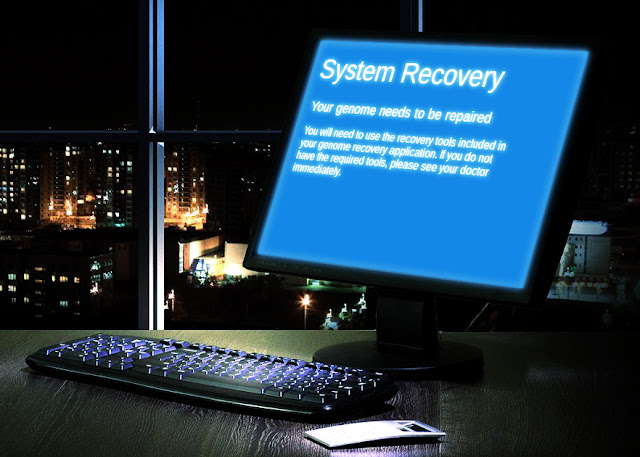 Talk of altering the genetic code of organisms, up to and including humans, is reaching a crescendo. There is talk of altered mosquitoes designed to resist malaria, and not only that, proliferate this trait across the entire species as they reproduce. There are already clinical trials ongoing that are altering the genetic code of patients through gene therapy to replace or correct faulty genes, or to teach their immune system new methods of targeting and eradicating diseases. Gene therapy is targeting everything ranging from genetic disorders to cancer.

There is even talk of editing human beings before they're born, with genetic modifications that would be passed on to future generations.

But what if something goes wrong? Is it possible to undo changes made? To restore one's original genome like restoring your operating system after being infected with a virus or installing software that creates havoc?

In Motherboard's Scientists Are Working on an 'Undo Button' For Genetic Experiments Gone Wrong Harvard researcher Kevin Esvelt would explain:


The ability to undo something if things don’t look like they’re going right is tremendously important. You can program a CRISPR scalpel to overwrite a gene drive with a new version. To undo a change, you have to drive your update through the population with CRISPR as well.


Of course, the efficacy of this process will improve as both editing technologies advance as does our understanding of various genomes, especially the human genome.

The Future of Genome Backup

Gene editing, gene therapy and other methods of altering the genetic makeup of organisms is becoming increasingly prolific. Fears that this technology can be (or already is being) abused are well-founded. Developing tools to undo gene editing in tandem with the expansion of synthetic biology seems as essential to biosecurity as having the restore disk for your computer's operating system is to cybersecurity.

As this technology makes it into more and more hands, including the public's, having the ability to restore genomes and that ability widespread among the synthetic biology user base will allow the community to react quickly to undo accidental or even malicious genetic anomalies.

Science fiction is rife with tales of genetically engineered viruses overwriting the human genome, turning people into zombies, or simply eradicating them altogether. The ability to restore one's genome in the face of such a scenario would obviously provide the public with greater peace of mind in terms of human health as this technology matures.


Ecologically speaking, restoring genetically modified ecosystems or simply preserving natural ecosystems through constant monitoring and corrections would help establish definite lines where modified DNA was wanted and where it was not.

None of this will be possible without vastly improved sequencing and editing technology. That scientists are already talking about this is promising. For DIYbio labs already investigating genetically modified organisms, how to detect them and contain them, along with learning the tricks of the gene reading and writing trade, they will be positioned well once this safety feature is better defined and standardized.

In the future, could you have a kit that contains your digital genetic sequence, a means of synthesizing and administering emergency vectors for "restoring" yourself genetically in the case of accidental infection with a gene editing experiment gone awry?