The money of tomorrow may be no money at all.
April 19, 2016 | via ProgressTH The science fiction series Star Trek shows us a future in which no money exists. “The acquisition of wealth is no longer the driving force of our lives. We work to better ourselves and the rest of humanity,” said Captain Picard while trying to explain this world to an outsider. And while Star Trek is indeed a science fiction fantasy where elements are added to storylines to make them more interesting, relevant, or poignant, there could be some interesting interpretations of just how and why a moneyless society came to be in the 24th century. 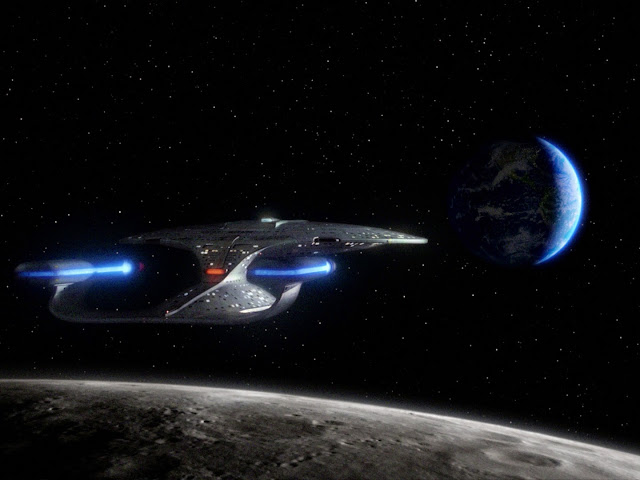 Post-scarcity is defined by Wikipedia as “a theoretical economy in which most goods can be produced in great abundance with minimal human labor needed, so that they become available to all very cheaply or even freely,” and many may already be able to think about a few examples of this sort of trend already emerging.

In the Star Trek universe, physical goods are created by energy-matter conversion in a futuristic version of a modern-day 3D printer. Virtually anything can be copied or designed and created through replication, and thus the need for money is minimal to nonexistent.

Today, the maker movement is acquainted with mass-produced components for nearly free, and 3D models, files, code, and designs available for absolutely free. 3D printing allows you to take increasingly cheaper rolls of plastic filament and turn them into anything you can imagine or find in opensource repositories of existing 3D model files.

The more popular a particular model is, usually the easier it is to find and download. Printing it out is done just as any other model is printed out, with no additional cost. Compare that to traditional models of supply and demand where the more something is in demand, the more difficult it is to supply, and the higher the costs are involved with acquiring it.

There already exists methods of 3D printing and fabricating materials with computer controlled systems that accommodate a large number of materials including metal, and for applications including everything up to and including aerospace components. The exponentiality of technological advancements versus declining costs almost ensures these advanced fabrication techniques end up on regular people’s tabletops and in their garages and makerspaces in the future.

Additionally, to close the loop of completely localized manufacturing, recycling methods are being devised to turn old fabricated work pieces or scraps back into input material used in personal manufacturing. Of course all of this requires energy, but that too is increasing in localization and efficiency while dropping in costs. It may not be a Star Trek replicator, but it would certainly be getting closer.

Considering this, is it difficult to imagine a world, relatively soon in the future, that may qualify as being post-scarcity? A future of abundance?

The Internet has already created some interesting insight into this future by disrupting several established business models, particularly those affected by P2P (peer-to-peer) file sharing. This turned media found on CDs and DVDs into easily shared, free content. While greater demand usually runs in tandem with a limited supply, creating higher costs to consumers and large profits for producers, P2P ensures that the more demand there is for certain media, the more of it exists on the network, and the easier and faster it is to obtain. It is essentially supply and demand turned up on its head.


Could personal fabrication accomplish this in the physical world of manufactured goods as P2P has in the world of media? What sort of economic system would emerge? How would we deal with land and other “un-replicable” items?

These are questions we may not want to wait until the 24th century to answer, as something resembling “post scarcity” seems to be materializing already.

How Can Those Dominating This Economic System Adapt to Post-Scarcity?

For large, established corporations, institutions, and governments, as well as emerging and developing ones, a choice will be made both on whether to embrace or fight this inevitable paradigm shift, as well as how to position oneself as the shift occurs.


Again, Star Trek may have inadvertently provided a sort of model of how corporations and institutions could transition into such a paradigm. The Daystrom Research Institute was a huge, fictional network of academics, engineers, scientists, and designers who worked on many of the technological challenges facing those in the Star Trek universe.

While Daystrom’s value certainly wasn’t in the physical assets it possessed since anyone could replicate them at virtually no cost, their real value was the institution itself, its human resources, its organizational strengths, and above all, its reputation and legacy which attracted the best and brightest minds. It maintained self-preservation and profits in terms of prestige and innovative rather than in terms of market shares and money. It possessed influence directly proportional to its accomplishments as a modern day corporation might increase influence through profits.


Corporations and institutions of today might seek to transition in that direction. When considering General Electric’s microfactories and the seemingly inevitability of these microfactories decentralizing and disrupting GE’s conglomeration, it was pointed out that by leading the microfactory revolution GE could potentially secure a place for itself in first a future dominated by distributed manufacturing, and then in a future of post-scarcity as an institute of design and engineering, trading in knowledge and innovation rather than dollars and cents.

Whether GE and other larger corporations and institutions adapt in this way or not remains to be seen, but the transition to post-scarcity seems already well underway. Those best positioned to reap its benefits are small, flexible companies, communities, and makerspaces around the world who can adapt quickly to the exponentially increasing changes that are coming. Makerspaces in particular, which thrive on opensource collaboration both locally and globally, can make the most out of a variety of human resources without the cost of “hiring” them.

It’s important to remember that none of this will happen overnight. It is a transition that will still take larger corporations driving down costs through scales of economy and large, well-funded institutions producing cutting edge breakthroughs to continue moving technology forward. But ordinary people are increasingly able to contribute to both, as well as access this technology for themselves faster than ever before. They are also able to leverage it in ways that will continue challenging prevailing economic paradigms and shifting them toward something more like post-scarcity.