Do 3D Printers Really Need to be More "Consumer Friendly?"

Just recently, our Ultimaker clone 3D printer, theExtrabot 3020 E3D, had a problem with its heater cartridge. We've been running it pretty hard for almost a year without any major problems so we've been lucky that this was the first real problem we faced. 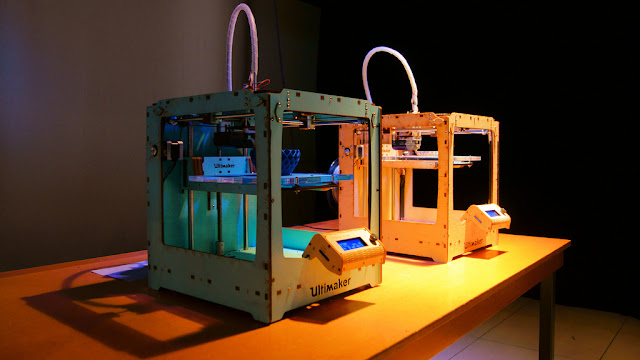 Nonetheless, it was a problem. The heat would suddenly drop off during a print. If you were on hand and could jiggle the wire it might start heating again and finish the print. If you were away for even a few minutes, the temperature would drop below the melting point of the PLA plastic and the print would be ruined.We first attempted to find and solder the faulty point in the line, but it turns out we never really found where the fault was. Eventually we had to give up and replace it. Because many 3D printers are opensource including ours it was very easy to find the exact heater cartridge we needed to replace it. We got it in about a day through the mail, and the same day it was delivered we installed it and were printing again.
We're not electrical engineers or engineers of any kind. We are basically designers who have been able to wade into manufacturing because of the advent of personal manufacturing. Therefore, if we could fix it, we believe anyone who is a "maker" could fix it too.Making Products More Consumer Friendly, or Making Consumers Collectively Smarter?Had this been 10-15 years ago, and our 3D printer just a regular paper printer, we would have had to bring the printer in to the shop for repair. You'd likely not find any solutions online to fix the printer, and even if you did, you'd likely not be able to buy the proprietary parts required to fix it. Years ago, even a repair shop, usually with a direct connection with many computer and periphery hardware companies, might have to give up and simply have you buy a new piece of hardware.
That isn't the case anymore. Thanks to opensource hardware, there is an ocean of spare parts floating out there on the market, both from the original manufacturers of specific pieces of hardware, and by a large number of parallel companies making similar or modified hardware.From a socioeconomic perspective, this allows more people and companies to reap the benefits of a design and the need to supply spare parts and kits. For the original designers, having thousands of people all over the world modifying and improving your design allows you to tap research and development resources even the largest corporations would envy. It also helps expand the market for your product without you yourself having to invest in marketing.
It is true you might not make as much money as a single corporation with complete control over "intellectual property," but the maker movement needs to seriously consider whether it wants to pursue profits over some sort of more significant purpose first and foremost. Those in the opensource community seem to have picked the latter and still manage to profit from it.From a technical perspective, because hardware is increasingly opensource, the information is readily available online for regular "consumers" to assume greater ownership and mastery over their hardware. A regular consumer can learn how to assemble and disassemble any system or subsystem of their opensource 3D printer, either in extensively documented Wikis, or via any number of online videos done in a variety of styles for varying degrees of assumed knowledge and prior experience (or lack there of).
For us, watching a few videos on how the E3D extruder is assembled helped us successfully remove the heater cartridge without damaging anything else. It also allowed us to install the replacement without any troubles. Reading through the forums on various webpages, including E3D's, we were aware of some of the possible setbacks we might face.In the end, we didn't need our 3D printer to be more "consumer friendly," because the resources were available to make us collectively smarter regarding how the product we bought works and how to fix it when it doesn't work.In a future with expanding populations and with humanity always facing a large number of challenges, we need to decide whether our world will be better off with a handful of corporations making products a helpless consumer base can manage effortlessly, or better off with a population who is capable of understanding how things around them work, and how to fix them, improve them, and even create the next iteration of technological solutions.3D printers will inevitably become more consumer friendly, but hopefully consumers will become collectively smarter, meeting in the middle and with 3D printing benefiting from the best of both worlds.  Follow ProgressTH.org on Facebook here or on Twitter here.