Opensource technology is one of the essential keys to empowering ordinary people with extraordinary tools. Adrian Bowyer's opensource 3D printer project, RepRap, paved the way for the myriad of 3D printers that now find themselves on the desktops of designers, makers, engineers, and artists around the world. 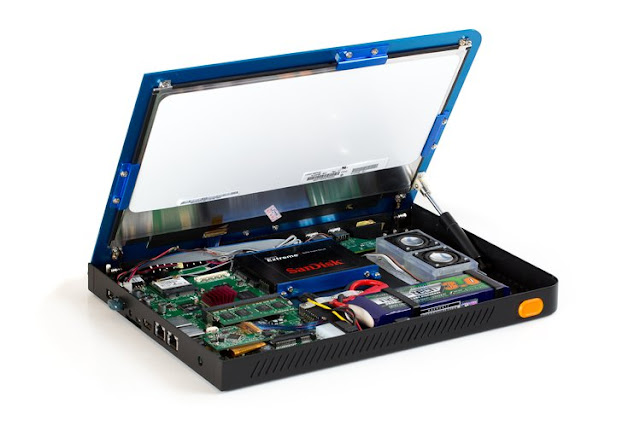 Opensource software has allowed people to dive into fields of engineering, design, and art that was once only accessible to those with the resources to purchase and maintain proprietary software suites.

And opensource electronics companies like Arduino and Adafruit have helped breath new life and interest into electronics, not just as a hobby, but as a starting point for a growing number of startups and small businesses around the world.

Andrew "Bunnie" Huang was recently featured on Adafruit's video series, "Ask an Engineer," where he showcased his opensource laptop, the Novena.


The project was not meant to outperform current laptops on the market. It was meant to prove a point that constructing functional, useful computers can be done through entirely opensource hardware and software.


Will we be forever reliant upon large, opaque organizations to build them for us? Absolutely not, we say. And to prove our point, we built our very own laptop, from the circuit boards on up.

Admittedly, we did not delude ourselves that we could build a laptop that would be faster, smaller, or cheaper than those of Apple, Dell, or HP. However, we did set out to build a machine powerful and convenient enough to use every day. Fortunately, our dream inspired enough people to crowdfund the effort. Our laptop, which we call Novena, started shipping to backers in January 2015.

Naysayers may not be impressed with the Novena, but we'd like to remind readers that a glance back at the original RepRap 3D printer or the first-ever Arduino board were none too impressive either. It wasn't what they began as, but the future their beginnings implicated.

When talking about the progress of technology, we must not think in only 3 dimensions, but in 4. We must think about what something represents not only in its form here and now, but what its implications mean for the future.

Novena is just one of several opensource projects like it, proving the concept of more localized, opensource electronics manufacturing. As manufacturing technology itself drops in price and increases in ease of use, the resulting increase in accessibility for hackers and small-scale local entrepreneurs will rise. With it, we will see a shift from our dependence on large manufacturers, toward a growing relationship between ourselves and local manufacturers.