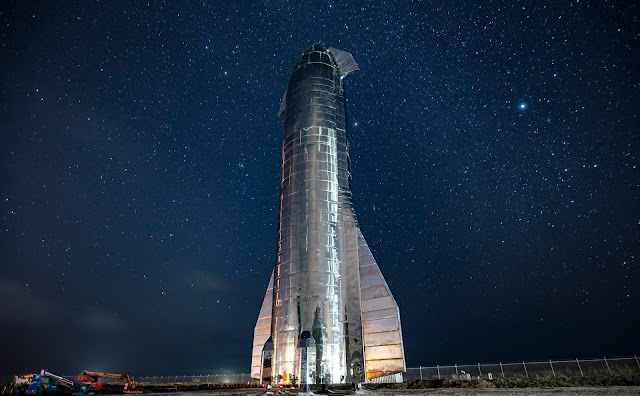 Our 2015 article Colonizing Space: Castles in the Sky tried to lay out a basic roadmap to how colonization might happen and discussed ongoing missions to asteroids to study their potential for mining and the construction of permanent habitats off-world.

Since then we've seen a lot of progress. The International Space Station (ISS) has a 3D printer on board. The same company that built it (Made in Space) is also launching a satellite with a 3D printer that will actually experiment with printing structures in space.

Then there are concrete experiments also being done on the ISS.


Hackaday's article Off-World Cement Tested for the First Time goes into the details of how the experiment worked and why anyone would be testing cement in space. It turns out that cement cures differently and not as densely in reduced gravity which is something we could have theorized about but could have only proved by doing it somewhere like on the ISS.

And finally, since 2015, we're looking at the construction and testing of an interplanetary starship by SpaceX aptly named Starship.

The breakneck pace of the Starship program and the fact that it is being done in house rather than as part of any particular national space program is incredible and a sign of how space travel is evolving.

While Starship aims at placing people and eventually settlements on the surface of the moon or Mars, the floodgates that appear to be opening may offer a shortcut to the future we envisioned in Castles in the Sky.

Because technology is advancing at an expotential pace, the ability for us to predict where it will lead and when can often be difficult. Not that long ago we'd talk about decade-long development programs for aircraft and spacecraft. Now we're looking at timelines that span months.

It's hard to say where in 5-10 years we will be, but one thing is for sure, it probably won't be what we expected.

At the end of the day, it is people, everyday and everywhere contributing to this progress that is ultimately producing these spectacular results. From engineers and designers, to enthusiasts who raise public awareness and support for these endeavors.

As more people begin to participate because of growing interest and because technology is lowering so many barriers, these leaps and bounds will continue to grow higher and further.

BIT Magazine covers technological advances and how it impacts the lives of ordinary people. Visit our Applied Technology Lab to see our projects.